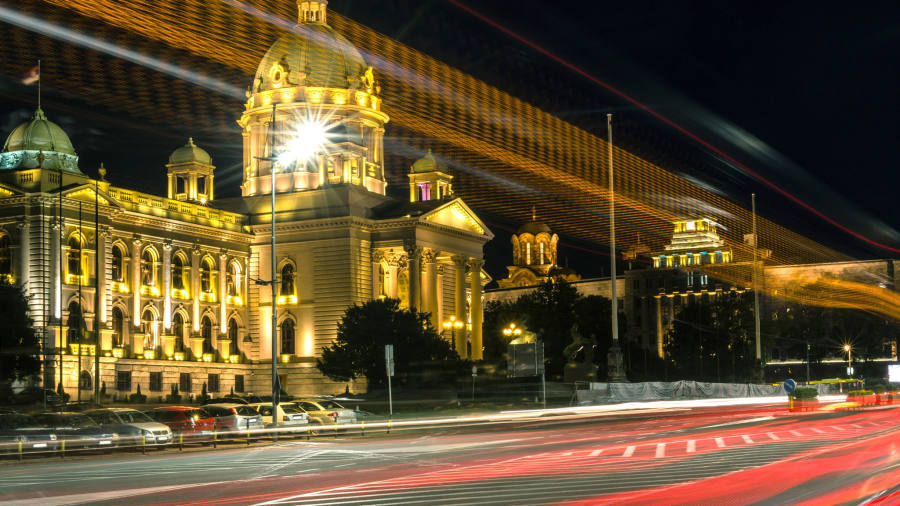 China has a sizable and controversial presence in Europe. In the Western Balkans, the EU’s frustration with China’s rapid progress has placed Serbia – one of the main beneficiaries of Chinese investment – in a dilemma.

Is it worse to hand over control of strategic infrastructures and technologies to foreign investors or to turn down funds and lose hope of joining the EU because the economic reforms necessary for membership have not been implemented?

This is the practically impossible situation Serbia faced when last week the European Parliament formally passed new rules that create a framework for screening foreign direct investment in the EU. In essence, the new framework allows the EU to scrutinize purchases by foreign companies targeting Europe’s strategic assets: and even non-EU states like Serbia seeking to join the bloc may feel pressured to do so.

What they want to prevent is that foreign investors get the keys to European companies, where they may access sensitive information and personal data of Union citizens.

beyondbrics is a forum on emerging markets for speakers from business, finance, politics, science and the third sector. All views expressed are those of the authors and should not be construed as the views of the Financial Times.

It would be stupid not to support this policy if the new rules didn’t also potentially paralyze some of the massive projects in the Balkans. Before the EU takes the next step, it is extremely important to recognize what moves Serbia to woo Chinese investors in the first place.

Serbia has been working for some time to meet the political, economic and institutional reforms required by the EU as a prerequisite for membership. The greatest challenge is presented in Chapter 35, which requires the normalization of relations between Serbia and Kosovo.

Any hope that the two sides could be brought together is quickly fading. Tensions in the region are at their worst in a decade and there is a real risk that other measures to build growth and stability in the region will stall. The EU has done little to move the issue forward other than warnings that EU membership depends on progress.

This gap is used by both Russia and China. The difference between the two is that, where Russia is focused on fueling political instability, China has found an opportunity to use the Balkans as an entry point into the lucrative European market.

Over the past 10 years, Chinese companies have raised or invested at least $ 318 billion in assets, suggesting that the EU’s framework for screening foreign direct investment is already to close the stable door after the horse goes through.

Most notable is the Belt and Road Initiative, the ambitious project to build land and sea networks that will connect Asia with Africa and Europe. Chinese companies have also conquered critical industries such as a copper mine, a steel manufacturer and a thermal power plant, as well as high-speed rail lines, roads and ports in Serbia.

The Chinese telecommunications company Huawei is involved in projects ranging from video surveillance on behalf of the Interior Ministry, which manages the national police and anti-terrorist forces, to the overhaul of the state telecommunications operator’s network.

There is no doubt where its ambitions lie: “Currently, Huawei regards Serbia as a regional resource and competence center with the ability to cover its entire Southeastern European market, including Bosnia-Herzegovina, Montenegro, Croatia, Slovenia and Albania.” Reads a Huawei- Press release.

In stark contrast to this is the complete lack of willingness on the part of European heads of state and government to fully recognize the enormous potential that Serbia has to offer. When China’s Zijin Mining was selected to acquire Serbia’s RTB Bor copper mining and smelting complex, the operation was over $ 1 billion in debt. The loss would have been catastrophic, both for the community and for the government bearing the enormous burden on their books.

Although Zijin holds a 63 percent stake, this investment is now fueling much-needed growth, securing jobs and ultimately helping Serbia fund the reforms it needs to meet its EU accession target in 2025.

However, after Beijing closed another loophole with the acquisition of the only Serbian steel mill Zelezara Smederevo, the EU is trying to regulate Chinese investments. At the moment, Smederevo is making operations more difficult by threatening to cap steel imports. Last year the steel mill was one of the largest single exporters to Serbia and remains vital.

For its part, the EU would like to point out that more than 70 percent of all foreign direct investment in Serbia came from the EU. Regardless, Serbia, like other Balkan countries, needs a lot more to achieve sustainable growth. By procrastinating over Serbia’s accession, the EU is forcing Serbia into the arms of China.

The recent challenges are not one that Serbia can solve on its own. Where the EU has failed, now is the time for US President Donald Trump to push for a solution to our problems with Kosovo.

Serbian President Aleksandar Vucic’s letter to Mr Trump earlier this month inviting him to visit Serbia as the first American president in 40 years was instructive. So far, the US has only marginally criticized Chinese deals in Europe instead of offering a realistic solution for Kosovo or an alternative means of growing our economy.

Today the Balkan states find themselves trapped in political and economic realities. Those of us who passionately believe that our future lies in the EU know that China, Russia or anyone else cannot offer the Serbian people anything like joining a network of 512 million EU citizens and integrating into a richer, more democratic Europe can accommodate.

Kosovo remains a major obstacle, but by removing this administrative obstacle to Serbia’s accession to the European Union, both the EU and the US can accelerate real progress in the region and give Serbia more choice in Chinese investments.

The EU undoubtedly sees a fine line between making the Balkans an attractive place to invest and protecting important assets in Europe. But if attempts to stem China’s advance into Europe are to be successful, there is much more they need to do on the ground to improve the stability and reconstruction of the Western Balkans.

Vladimir Krulj is a former EU integration advisor to the Serbian government and a business fellow at the Institute of Economic Affairs, a UK free market think tank