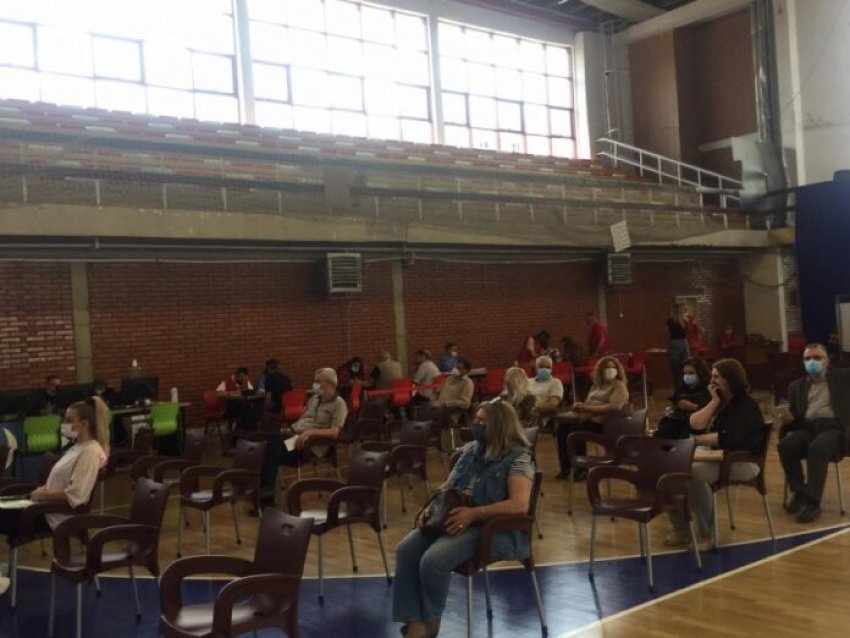 Some citizens expressed satisfaction with the vaccination process in the “October 1” hall in Pristina.

The second phase of the immunization process is currently underway, where the 65-79 age group is being vaccinated.

The coordinator of this center, Niman Bardhi, has indicated that during today he can not speak to the media, as the cause of a meeting.

On the other hand, the citizen Lirije Gashi says that everything is going well.

“I was receiving the first vaccine, while I had the second dose a month later. “I did not pass Covid-19, and inshallah I will not pass,” she said.

Bukurije Avdyli also said that for her it is the first dose and that everything went well.

“Yes, it is my first dose, I have passed Covid and it seems that everything is going well”, said Avdyli for EO.

Kosovo is currently immunizing the population with vaccines provided as a donation by the World Health Organization’s COVAX program and vaccines donated by the European Union. The Government of Kosovo has said that it has signed an agreement with the company Pfizer for the purchase of 1.2 million doses of the vaccine, which will arrive in the country by the end of the year.

Will they be back together again? Ledjana gives the final answer for Mevlani