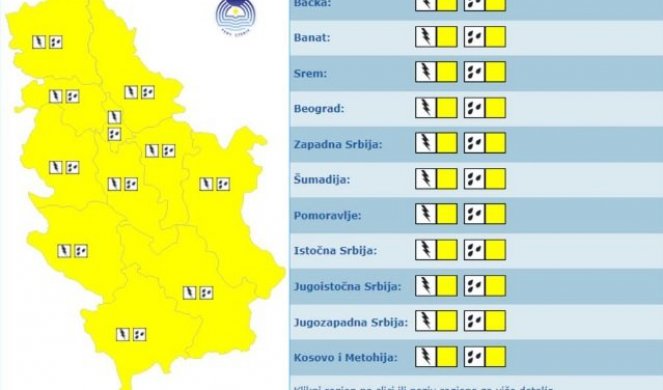 As stated in the explanation for the yellow meteorological alarm, on the official website of the Republic Hydrometeorological Institute of Serbia, “the weather phenomena that are forecasted are not uncommon, but caution is needed if you plan activities that are exposed to meteorological risk.” take unnecessary risks “

During today, the lowest temperature will be from ten to 17, the highest from 24 to 28 degrees.

In Belgrade today will be variable cloudy and warm weather, occasionally with rain, showers and thunderstorms, with a weak and moderate wind. Morning temperature will be around 17, highest around 26 degrees.

Today mostly sunny and warm weather, rain in the evening 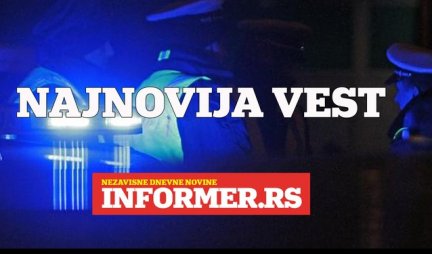 Today it is warmer, mostly sunny in most parts of the country 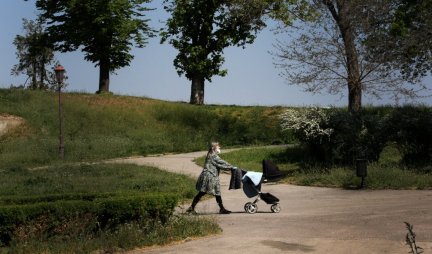 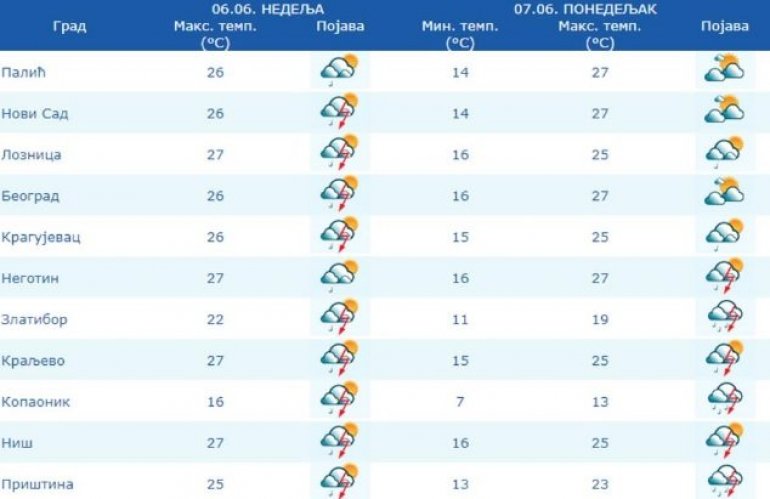 – Significantly more clouds on Sunday. Already in the morning, moderately to mostly cloudy, and in some places with light rain. During the day, partly cloudy with local showers and thunderstorms, and in the middle of the day and in the afternoon, short-term thunderstorms are expected in some places. Maximum temperature from 23 to 29 degrees. It will be very steamy in Belgrade until the 26th, because the relative humidity will be increased, and the wind will be weak – he stated it Đurić.

On Monday in the north dry and mostly sunny, and in other areas partly cloudy with local showers and thunder. It will be a little fresher compared to the weekend.

The “hot” week of politics in Albania, the Assembly decides the fate of the president – Latest News