Confiscation of illegal property a priority of VV, civil society skeptical of the results 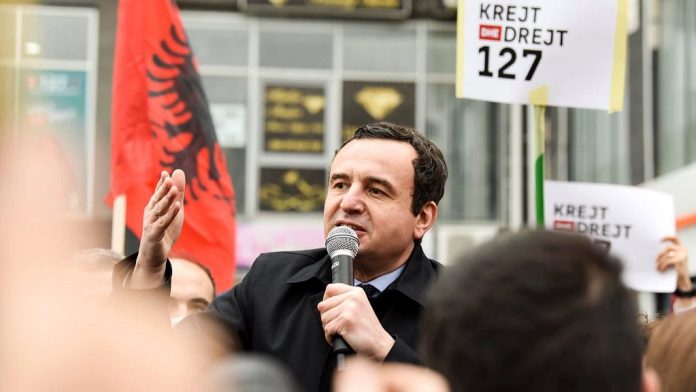 The fight against illicit enrichment is expected to be among the top priorities of the new Kosovo government.

Former Minister of Justice, Albulena Haxhiu says that as soon as the Kurti 2 Government is formed, they will proceed with the Law on Confiscation of Unjustifiable Property in the Assembly of Kosovo and for this she expects the support of the opposition.

But civil society representatives say the changes to the law can only be implemented after the vetting process in Kosovo is over.

Haxhiu says that this law aims to strengthen the legal package for confiscation of illegal property.

According to her, the idea is that through this new law the burden of proof is placed on the suspect even without committing a criminal offense.

“This legal package needs to be strengthened.

At the time when I was Minister of Justice we had worked quite hard on a concept paper, so the idea is to have a law where the burden of proof is placed on the suspect and where you do not necessarily have to commit a crime in order to then be convicted , then initiate the procedure of confiscation of property.

But if the institutions see that an official has assets inconsistent with the income he has then the procedure of justification of assets should start.

So that if an official fails to justify the property he has then it will be confiscated. I believe that in the circumstances we are going through as a country, where the obstacle to economic development is related to crime and corruption, the only way to prove that we have the fight against crime and corruption and not only internally to develop but that To see Kosovo differently from other countries that support Kosovo is undoubtedly the strengthening of the legal package, and on the other hand also the responsible institutions “, she said.

The member of the leadership of Lëvizja Vetëvendosje says that as soon as they come to the government, a working group will be created for this law and it will immediately proceed to the Assembly of Kosovo.

“A working group will be established immediately and I will address this draft law and further process it in the Assembly of Kosovo.

I very much wish that he receives the support of the Assembly of Kosovo and not only from the majority, from Vetëvendosje and those who will be in the coalition, but I am saying that it is important for the opposition to give its signals that it is really interested to contribute to addressing the legal package against organized crime and corruption “, declared Haxhiu.

The executive director of the Kosovo Institute of Justice (KLI), Ehat Miftaraj, says that Kosovo has a very advanced framework regarding the sequestration and confiscation of property acquired through criminal activity.

According to him, only after the vetting process could this LVV initiative be implemented.

“The part in confiscating property at this stage is only one campaign after another, but in practice it is almost unenforceable and unrealized.

Because in the first place this contradicts the Stabilization and Association Agreement that Kosovo has with the European Union.

The way Mr. Kurti is proclaiming the confiscation of property means that the burden of proof is no longer on the institutions of justice, but on the citizen, and in this regard, if this law is approved tomorrow, it should be a cutting line that when it will start to be implemented.

In this regard, with a justice system which is extremely politically influential, which depends on interest groups, then without having a vetting and without cleaning this justice system, it is too early to start with such an initiative “, said Miftaraj .

But Florent Spahija from the Democratic Institute of Kosovo thinks differently.

According to him, the law that is being presented by Lëvizja Vetëvendosje is harsh, but with some small interventions it can become easily applicable.

“I consider that it is a law that is quite demanding and the civil society for a long time has asked to have such a law which would make them more active in terms of illegal property by the courts.

I am considering that the current law does not have a very big problem, but we have a problem with judges and prosecutors who think or try to take or confiscate property as little as possible.

So, if it were a law as promised by Lëvizja Vetëvendosje, I consider that it is a pretty strict law, but with a few small interventions it can be very good and could be applied very easily in Kosovo and succeed in this field, especially to illegal property “, said Spahija.

Reagon Stublla: Police and Prosecution are not acting, I will address the British Embassy – Latest News