Cristiano Ronaldo possesses the most expensive watch in history 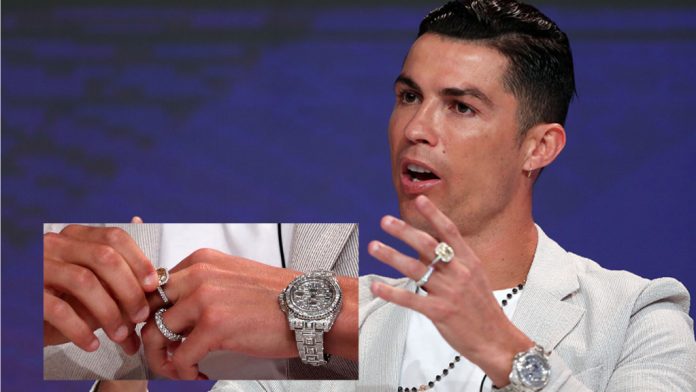 Cristiano Ronaldo is one of the few in the world who owns the most expensive Rolex watch in history. It would have cost the five-time Golden Ball winner a hefty sum of around 400,000 euros thanks to the watch that consisted of 18-carat white gold.

In addition, 30 carat white diamonds are also included throughout the bracelet and frame. Only a select number of customers have the watch which is described as ‘A perfect fusion of extravagant luxury and technological innovation’ by Bob’s Watches.

It was revealed last year by The Sun that Ronaldo had become the first football billionaire in 2020. The 36-year-old, who was named the highest paid footballer on the planet, according to Forbes, was also the highest-earning athlete, as he made nearly two million euros through Instagram alone.

With a total of over 400 million followers on all social media platforms, as well as his annual salary and reward of $ 65 million at the current Juventus club, Ronaldo remains one of the highest paid athletes in the sport. Ronaldo amassed $ 105 million overall in 2020, which included $ 45 million from Nike, Altice, Herbalife and his brand CR7, and made $ 1 million more than his rival, Messi.

But in 2021, the Portugal captain lost the race to become the highest paid athlete on the planet after Conor McGregor was ranked first.