DAMAGED 300 METERS FROM THE HOUSE! 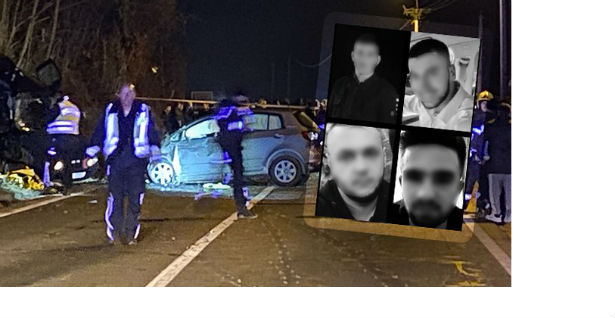 TOGETHER TOGETHER, KILLED TOGETHER! The evil fate of the young men who died: THEY WERE KILLED 300 METERS FROM THE HOUSE!

A serious traffic accident that took four young lives last night near the town of Lukare, near Novi Pazar, hit not only the Raska region but also the rest of Serbia because four young men who had just stepped into life were killed – the oldest was only 23.

As the media finds out, one of the four of them bought a car a day or two ago – a golf 4 Kraljevo license plates, so all the friends sat down to try it out.

All four of them went to Pazar together in that car, and the fatal accident happened on the way home – all four died literally 300-400 meters from their houses.

As the media find out, the Golf 4 car was moving from the direction of Novi Pazar when it collided directly with the golf course in which there was a family of three near the town of Lukare, on a slight right turn, on a full line.

A car with four young men bounced off the roadside due to the force of the impact, and firefighters worked for hours and cut sheet metal in order to reach the bodies of the tragically injured young men.

The City Administration of Novi Pazar declared today a Day of Mourning for the death of four young men in an accident on the main road Novi Pazar – Ribariće, near Lukar. Celebrations are banned, and media and restaurants can operate without broadcasting music.

Amel Ibrahimović (21), Mithat Hamidović (23), Senad Đerlek (22) and Amar Ujkanović (21) were killed in a traffic accident, while two other people were injured.

Due to that, the program of the visit of the President of Serbia, Aleksandar Vučić, to Novi Pazar was changed and the tour of the Elementary School “Desanka Maksimović” was canceled.

6 victims from COVID-19 at present in Albania