Does he want a statue too? Trump to host ‘Serbia-Kosovo’ summit in Washington on ominous anniversary — RT Op-ed 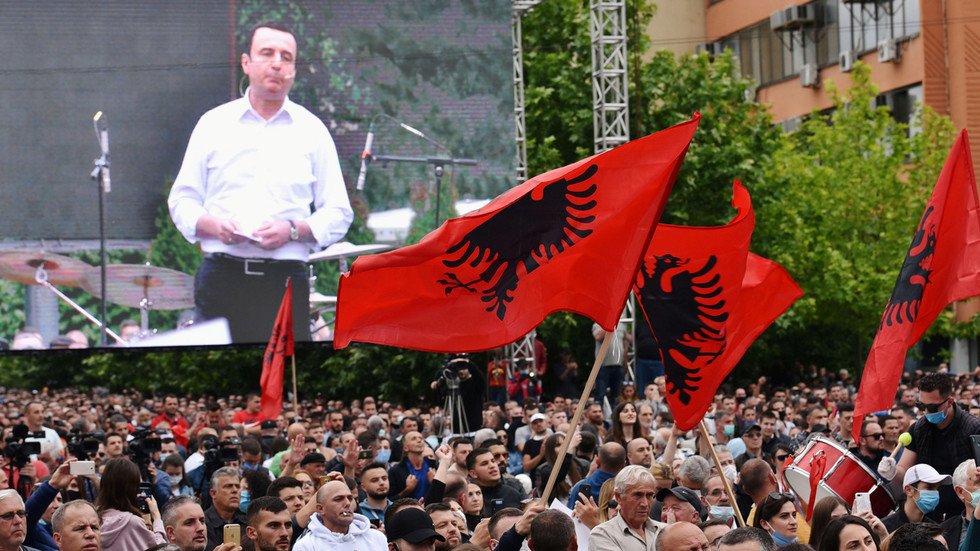 The inclusion of the leaders of Serbia and its breakaway province of Kosovo in the White House on the eve of a major anniversary in Serbian (and world) history raises questions about what President Donald Trump is up to in the Balkans.

Richard Grenell has not been the acting director of the National Secret Service or ambassador in Germany for two weeks, but technically he is still Trump’s special envoy for talks between Serbia and Kosovo. In this capacity he announced the meeting scheduled for June 27th.

Belgrade has agreed to temporarily suspend its campaign for countries that have recognized Kosovo to withdraw that recognition, while Pristina has also stopped seeking membership in international organizations. Discussions will focus on economic growth, Grenell said on Monday.

If both sides are not satisfied with the June 27 discussions, they will return to the status quo after leaving Washington. As we have consistently said, we must first make progress in growing economies. This is the focus. I look forward to these discussions. (2/2) https://t.co/r5QLDuC1XI

Kosovo is the province of Serbia, which was occupied by NATO peacekeepers in June 1999 after a 78-day war waged by the alliance on behalf of ethnic Albanian rebels. Instead of protecting Serbian sovereignty over the province, as outlined in UN Security Council 1244, which approved the ceasefire, NATO established a provisional Albanian government that declared independence in February 2008. She was recognized by the US and most of its allies. About half of the world’s governments – but not Russia, China or Serbia.

Getting Belgrade to recognize the land grab as legitimate has since been the endgame of any US administration – be it Bill Clinton, George W. Bush or Barack Obama in the White House. But every Serbian government that has put “midwives” in office since the 2000 Color Revolution, including “progressive” President Aleksandar Vucic, has rejected this last move.

Also on rt.com
Kosovo: a decade of dependence

Grenell’s initiative has two eyebrow-raising things. What is immediately obvious is the date on the eve of June 28th. This is the anniversary of the battle between Serbian princes and the Ottoman Turks in the Kosovo field of 1389. Serbian oral history recalled the event as a combination of martyrdom and tyrannicide. This motivated a young Bosnian Serb student named Gavrilo Princip to assassinate Archduke Franz Ferdinand of Austria-Hungary that day in 1914. Vienna used this as a pretext to invade Serbia and started the chain of events that escalated into World War I.

The other curiosity is that while Vucic welcomed the talks, the Albanians are divided. Hashim Thaci, the militant leader who became the “president” of Kosovo, said earlier this month he was confident about the initiative. Albin Kurti, a hard-line union advocate with Albania who was Prime Minister between January and March, has accused Grenell of “having the same stance” on Serbia instead of being an impartial mediator.

Also on rt.com
If Trump wants to disarm Russia, he shouldn’t recognize Kosovo

Kurti has reportedly argued that Grenell is trying to “accelerate” a deal between Belgrade and Pristina in order to give Trump a foreign policy victory ahead of the 2020 election. He also accused Trump’s envoy of orchestrating the no-confidence vote that ousted him in March. A man named Avdullah Hoti was re-elected Prime Minister on June 3 over Kurti’s objections and will travel to Washington.

Kosovar Albanians may have cause for concern. The economic focus of Grenell’s proposal sounds very much like Trump’s approach to the Israeli-Palestinian “deal of the century,” which the Palestinians overwhelmingly opposed. The current US president is known for defying the longstanding foreign policy consensus. He is not personally involved in the conflict with either side, and may even be somewhat biased against the Albanians as they obsess over erecting statues for Bill and Hillary Clinton, Madeleine Albright, and other prominent Democrats.

Granted, there is a statue of President Bush in Albania too, and former Senator Bob Dole (R-Kansas) has been an advocate of Kosovar Albanians for decades – and still is. The GOP’s Bush and Dole factions, however, are broadly against Trump.

Also on rt.com
Idolatry a lot? Kosovo honors Clinton, Albright on the 1999 anniversary of the war

In Belgrade, Vucic was repeatedly accused by his nationalist critics of trying to “sell out” Kosovo at the first chance and his defeatist rhetoric did not help him counter this. Unsurprisingly, western-funded liberals complain he hasn’t done it yet and want him to be replaced with someone who does.

Parliamentary elections have been scheduled for June 21, less than a week before the White House meeting and just days before Vucic is due to take part in the Moscow Victory Parade. Vucic’s party is expected to sweep the polls and give him legitimacy for just about anything – maybe even rewrite the constitution, perhaps to give up Kosovo.

Given that none of Trump’s ambitious foreign policy initiatives have so far borne fruit – from North Korea to Venezuela and anything in between – and that the prospects for his re-election may be fatally undermined by a number of recent domestic events, neither Vucic nor Thaci nor Kurti should expect a lot.

The statements, views and opinions expressed in this column are solely those of the author and do not necessarily correspond to those of RT.

15 houses in Prishtina are blocked due to snow