Despite good performances, Granit Xhaka is always the most criticized at Arsenal by the fans of the London team.

According to “The Sun”, the footballer from Kosovo has received many offensive and threatening messages on “Twitter” from the 0: 1 loss by Burnley on December 13, writes “Zeri.info”.

In this match last year, he was sent off in red after grabbing an opposing player by the throat. 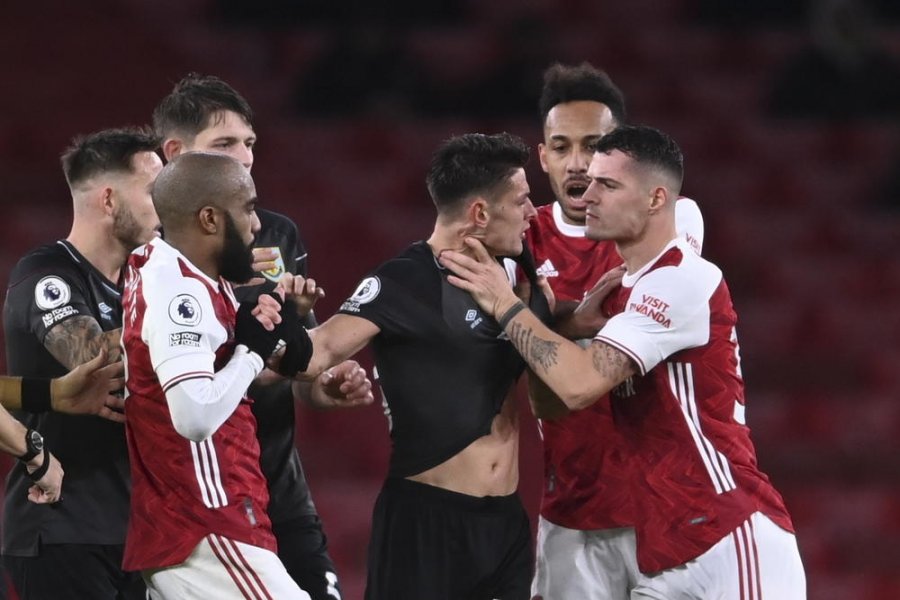 Arsenal fans, who pay attention to the football player from Llapja, have his way on his “Twitter” account with disturbing messages.

“This team has no discipline, Xhaka is an Albanian Nazi cancer,” reads a comment.

“I want to hang it on a tree,” writes another fan.

Arsenal fans started the “fight” with Xhaka in October 2018, when he was being replaced in the match against Crystal Palacet and fans were whistling him.

At that time, Xhaka had reacted harshly with the words: “Pi *****”, which was not well received.

According to “The Sun”, in recent months, Xhaka has received over 1300 insulting and threatening messages on “Twitter”. /Zeri.info

Does he want a statue too? Trump to host ‘Serbia-Kosovo’ summit in Washington on ominous anniversary — RT Op-ed