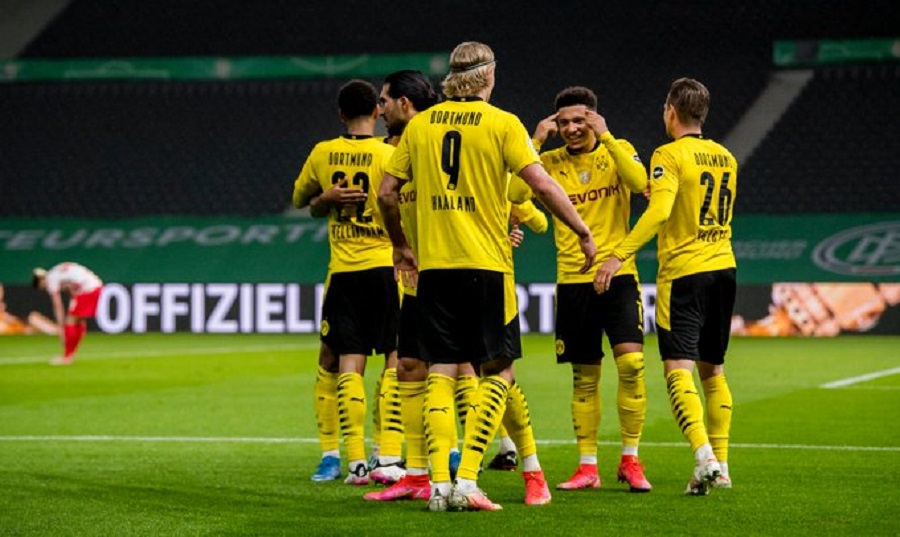 Borussia Dortmund is the winner of the German Cup in football, after tonight in the final they defeated Leipzig with a result of 4: 1.

Borussia took the lead in the fifth minute when Sancho scored. Of course, Erling Haaland also had to leave his mark in this final, scoring for 2: 0 in the 28th minute. In the referee’s compensation in the first half, Sancho scored for 3: 0, after assisting Reus.

Leipzig jumped on the attack in an attempt to make the match interesting. They also hit the post, and scored in the 71st minute, when Dani Olmo scored from 16 yards out.

At the end of the match, the incredible Haaland scored his second goal in this match and the fourth for his team.

This is the fifth time Borussia Dortmund has won the German Cup in football.