Earlier than occurring trip, discover out concerning the circumstances and costs of roaming 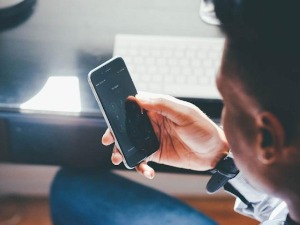 The State Secretary in that ministry, Milan Dobrijević, reminds in a statement for Tanjug that we are deprived of such a possible cost in our immediate environment, i.e. in the countries of the Western Balkans, where there is no roaming when it comes to payment, but calls, messages and data transfer are charged as in national traffic.

“This applies to Montenegro, North Macedonia, Albania and Bosnia and Herzegovina. The only thing our citizens should pay attention to is that they use the Internet up to the amount within their tariff package, and for a larger amount, they should check with their operator under what conditions they use additional data transmission,” says Dobrijević.

He adds that since last summer we have had a memorandum concluded with Greece between the relevant ministries of the two governments and that Greek operators have made a big step forward in terms of reducing roaming prices for our citizens.

“They are now such that the price of a minute of conversation starts at 19 dinars per minute, which is significantly less than the regular roaming price, and the price of a message is three to four dinars, while data transmission with all three operators in Greece, no matter where you are in this country, it costs only one dinar per megabyte,” explains the interlocutor Tanjug.

He adds that this allows our citizens to be quite comfortable in Greece without activating additional tariff allowances for roaming, which are particularly interesting for all other countries where our citizens travel.

According to him, those supplements are very favorable for, for example, Turkey, where our people fly in large numbers, as well as for EU countries, excluding Greece, because they enable, for example, the transmission of a gigabyte of data in seven to 10 days, at a price of 700, 800 or 1,000 dinars. , depending on the operator.

The operator’s offers, he points out, are relatively similar, and by activating roaming add-ons, users get the possibility of quite affordable data transfer, and if this is combined with making calls and sending messages via Viber, WhatsApp and similar services, communication costs will be significantly reduced and reduced to ten up to 15 euros during vacation.

Speaking about roaming with the EU countries, Dobrijević states that we will communicate with them this summer as well as now and that there are no announcements that roaming will be abolished as in the WB, but that through the negotiations of the WB countries with the EU, they are working on a gradual reduction of internet prices , calling, sending messages.

“The EU market is free and EU members have no way to oblige their mobile operators to lower prices, and that’s why negotiations are now underway with the big telecommunications players operating in Europe about a gradual price reduction. The prices will be gradually reduced starting in 2023,” he says. .

He adds that, nevertheless, in the next two or three years, it is difficult to expect that roaming with the EU will be abolished, as was done in ZB.

Until then, our citizens have to use their mobile phones carefully abroad, to activate special roaming add-ons whose prices are acceptable in most EU countries.

Dobrijević advises citizens that before leaving for a trip abroad, they should inform their mobile operator about the conditions and prices of roaming and get information about which tariff package they are in and what the prices of individual services are.

“The next thing they should check with their operator is what tariff add-ons exist for roaming. This is because the prices of minutes of talk, texting and especially data transmission if you activate a tariff add-on are 10 or even 50 times less than the prices per minute or a megabyte in one of the tariff profiles,” he says.

Our interlocutor’s advice to citizens is that only when they are well informed about conditions and prices, should they activate the tariff supplement and turn on data transmission again.

“Otherwise, the smartphone itself can perform the data transfer, because applications in the background perform automatic updates and the like, and thus large costs can be incurred, even tens of thousands of dinars for something that the user himself did not initiate, that is, he was not aware that he had initiated “, states Dobrijević.

This often leads to complaints addressed to the operators and the ministry, but it is mostly about situations where the user, he says, really incurred an expense and did so completely unknowingly.