Equality and diversity: Council of Europe supports the fight against discrimination in Serbia 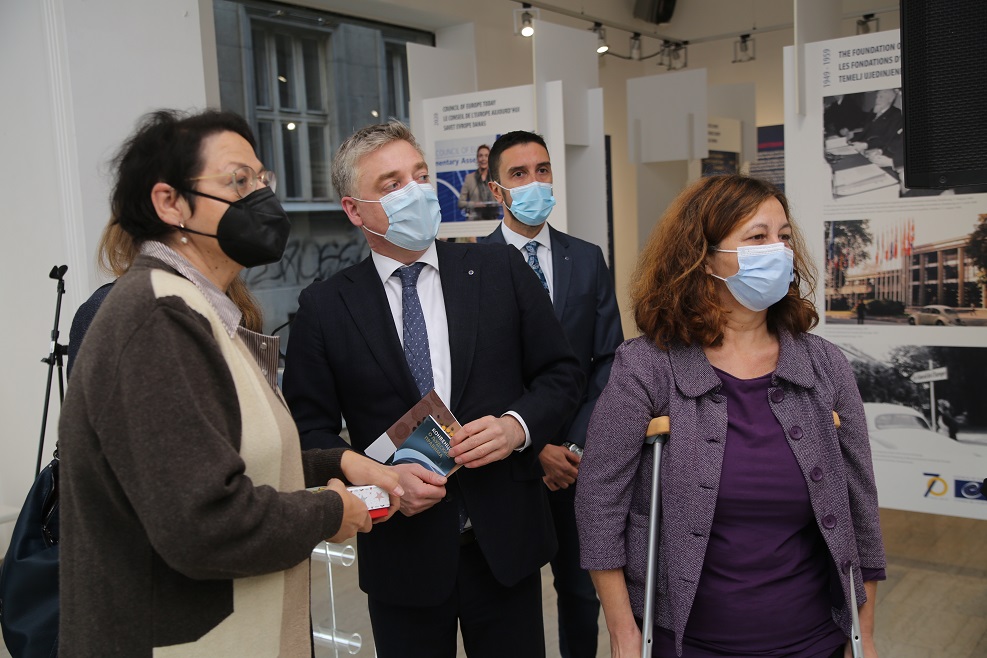 Article by Tobias Flessenkemper, Head of the Council of Europe in Belgrade, published in the daily newspaper “Danas”

The European Commission against Racism and Intolerance (ECRI), a body of the Council of Europe, recently published its new annual report assessing the main challenges and trends in the fight against discrimination in Europe over the past year. One key conclusion: 2020, with the global health crisis, has exacerbated existing inequalities and highlighted the need for governments to step up efforts to combat intolerance and discrimination. “The Covid-19 crisis has exposed and deepened the underlying structural inequalities in almost all policy areas, including access to education, employment, housing and health care,” said Maria Daniella Marouda, Chair of ECRI.

Therefore, I welcome that strengthening the legal framework to prevent and sanction discrimination has become a priority for the Serbian government in 2021. The Council of Europe supports these efforts, in particular by providing expert advice to the Serbian authorities on the draft laws. Gordana Comic, Minister for Human and Minority Rights and Social Dialogue, makes a wide range of proposals. The Council of Europe accepted her invitation in recent weeks to take part in meetings of the social dialogue on gender equality, anti-discrimination and same-sex partnerships.

This welcome development is based on many years of cooperation. ECRI through its monitoring work and guidance supported Serbia in its anti-discrimination efforts for years. In September 2019 we celebrated the 25th anniversary of ECRI with a high-level international conference on “Combating intolerance and promoting equality” in Belgrade. The conference helped pave the way for today’s ambitious reform agenda.

For the Council of Europe, the principle of non-discrimination is fundamental. The principle is anchored in the European Convention on Human Rights together with the rule of law, the values ​​of tolerance and social peace. Last year we celebrated the 70th anniversary of the Convention. As early as 1949, only a few would have imagined how far-reaching the effects of Article 14 of the European Convention would be: “The exercise of the rights and freedoms set out in the Convention should be without discrimination on grounds such as gender, race, skin color, language, religion, political or different opinion, national or social origin, connection with a national minority, property, birth or other status. “As the case law of the European Court of Human Rights evolved over the decades, the term“ other status ”encompassed age, gender identity, sexual orientation, health and disability, parental and marital status, and immigrant status as a status related to employment.

This protection against discrimination has been completed by Article 1 of Protocol No. 12 of the Convention, which prohibits discrimination in general under the exercise of a right established by law. Protocol No. 12 was signed in 2000. The protocol laid the foundation for a comprehensive approach to anti-discrimination that has since been pursued by the member states of the Council of Europe and the European Union. For this reason, the EU and the Council of Europe jointly promote diversity and equality through the joint Horizontal Facility program. Serbia ratified the European Convention on Human Rights in 2003 and Protocol No. 12 in 2005.

Serbia started adopting and implementing a new generation of anti-discrimination laws more than a decade ago. In doing so, attempts were made to use the guidelines of various monitoring bodies of the Council of Europe and to implement recommendations – not only from ECRI, but also from the Advisory Committee of the Framework Convention for the Protection of National Minorities and the European Committee of the Monitoring Body for Social Rights and the Istanbul Convention (GREVIO) as well as intergovernmental standardization bodies like the new Steering Committee on Anti-Discrimination, Diversity and Inclusion (CDADI). We assume that these country-specific and general recommendations, together with the case law of the European Court of Human Rights in Strasbourg, will now be incorporated and implemented in the revised Anti-Discrimination Act and the Laws on Same-Sex Partnerships.

When drafting laws and guidelines in Serbia, three basic principles must be taken into account. First, discrimination is more than a theoretical concept. Combating discrimination is not a question of ideology, but of the real life of real people who suffer from it. Ensuring equality and respect for persons belonging to national minorities, including Roma; people affected by disabilities; Lesbian, gay, bisexual, transgender, and intersexual; Socially marginalized people who have difficulties accessing their political, economic, social and cultural rights: Everyone should be able to enjoy their fundamental rights and freedoms safely, consistently and without restrictions.

Second, we are all responsible for our common space and wellbeing. Racist and ultra-nationalist hate speech and hate crime must stop. The Parliamentary Assembly of the Council of Europe adopted a landmark report by Elvira Kovacs on the role and responsibility of political leaders in combating hate speech and intolerance. The speed denounced them Boom in hate speech of politicians, This leads to xenophobia, racial hatred, anti-Semitism, Islamophobia and intolerance and is particularly aimed at minorities, immigrants, women and LGBTI people. These questions concern our shared public, social and media spaces. For this reason we started the joint campaign Block the Hatred, Share the Love together with the European Union. I invite you to join us with personalities like singer Sara Jo, who has volunteered for BHSL ambassadors across the Western Balkans.

Third, structures, enforcement, jurisdiction, sanctions and resources play a crucial role in the fight against discrimination. For example, equality and human rights organizations need to be empowered. They must be vigilant early warning sensors, loud advocates and strong allies of the human rights defender community. We encourage all bodies involved in the fight against discrimination in Serbia to be continuously, critically and openly involved and to engage in dialogue. In addition, all branches of government – the legislature, the executive and the judiciary – must provide the necessary resources and work together to achieve the common goal of real equality and diversity for all people living in Serbia.

Article in Serbian published in “Danas”

Albanian agent, Adrian Aliaj shows which footballer from Kosovo can play in the future in Italy – Latest News

As is rare, Adrola introduces us to her mother