Free textbooks and kindergartens are a precedence, there is no such thing as a considered rising the value of heating 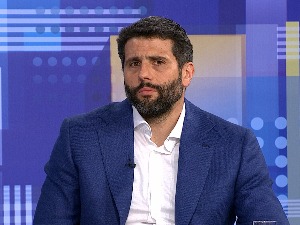 The news that Belgrade students will receive free textbooks and children will receive free kindergarten made all parents happy. This raised the question of how the city of Belgrade managed to have so much money in the budget in this time of crisis?

Aleksandar Šapić, in a guest appearance in the Belgrade Chronicle, pointed out that it is primarily about setting political priorities and that it is a political decision and assessment that it is something that is important for the citizens of Belgrade.

“Our success is that at the moment when we make this decision, we did not threaten any other aspect or area in the city and that we did not raise any tax. I think it is a pure rationalization and a good reorganization. I called that budget exactly that – care for people.” emphasized the mayor.

It also indicates that it is an important national issue, the birth rate problem, and in this sense, support for young married couples and families is the basis of the policy of the Serbian state.

“I think that these are exactly the measures that should encourage it, to encourage parents as well. It is not easy to have one child today, let alone more children. Today, in addition to the great responsibility, it is a significant financial expense,” Šapić believes.

By reducing costs to free textbooks and kindergarten

He is explicit that this financing does not threaten other investments in the city.

“Nothing will be endangered, in fact, as far as the infrastructure is concerned, even more will be built. We are planning to build new streets, such as Glavna ulica in Zemun, Dreizerova, Višnjička… We will continue to build the same number of kindergartens as before “, says Šapić.

He explains that they succeeded, as he says, in cutting various expenses that they thought the citizens of Belgrade could do without, such as, among others, flat-rate services that were paid by public companies to law firms in the hundreds of thousands of euros, and which they never managed to define.

There are, he adds, a lot of such costs, on various purchases of equipment and materials.

“Kindergartens will cost us around 40 million euros, and textbooks between 16 and 20, and we will know that exactly in September, says the mayor.

Regarding the information in the media that Belgrade Power Stations sent a request for an increase in heating prices, Šapić thinks that this request was sent a few months ago while he was still the previous director, if there was no new request.

“Their levies have become more expensive, they pay 11 percent more for gas, and the citizens do not pay. As for price increases, we are not thinking at this moment. If necessary, it will certainly be at a minimum,” promises Šapić.

He points out that a great injustice was rectified back in September, when the New Belgrade municipality was given the funds that had been unfairly taken away from it for years by rebalancing the budget.

Now the municipality of Novi Beograd is among the three or four municipalities with the largest budget, at the level of Palilula, Obrenovac and Voždovac have larger budgets.

“I think it belongs to it because it has the largest number of people,” the mayor believes.

He states that the municipality of Sopot has the smallest budget, which, he says, is also objective because it has only 18,000 inhabitants.

In particular, it indicates that the municipalities will have the largest budget in history in the next year and that capital investments that were abolished during the corona will be returned to them.

“The City of Belgrade will help every municipality, regardless of who is at the head of it and to which political party it belongs,” says Šapić.

How to attract drivers

The average salary of city transport drivers in Belgrade will be around 100,000 dinars after the new year, the mayor announced.

“We heard that private carriers are protesting, their salaries are even lower than in GSP. Whether we will be able to compete with offers from abroad is difficult. That is an objective problem, because they earn serious sums of money there in just a few months “, says Šapić.

That is why, he points out, they are trying to increase the drivers’ salaries and improve working conditions, but that this is not possible overnight.