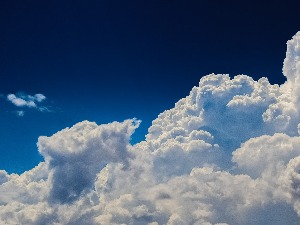 Nedeljko Todorović, as a guest in the Belgrade Chronicle, said that the change in the upcoming weather will not be dramatic, with a large drop in temperature, but less pronounced.

According to him, the summer daily temperatures will remain until Friday. It will be up to 30-32 degrees during the day.

“The first hint of change will be on Thursday as a moderate cloud cover, it will be dry in all places, maybe there will be symbolic rains somewhere,” said the meteorologist.

Friday, he says, is a day of change when colder air from Central Europe will arrive in our country. It will be four or five degrees cooler in the north of the country on Friday, and in the rest of Serbia on Saturday.

“The maximum temperatures will remain between 20 and 25 degrees, which are the average values ​​for the middle and the second part of September,” stated Todorović.

He adds that the characteristic of our climate is that in September and October, there will be large temperature amplitudes.

“Yesterday was the smallest amplitude, but it is the largest, for example, in Zajecar, Leskovac, Uzice, where it was five or six degrees in the morning, and on the 30th day. Locations decide on that, that is a characteristic of early autumn in the fall, “says Todorovic.

The RHMZ meteorologist adds that it will be a “warmer version of autumn” by mid-October.

When it comes to winter, Todorović says that it does not necessarily mean that the winter will be cold if the summer was very warm.

“The connection between hot summer and cold winter is 60 percent, that is the chance that it will be colder in winter. Maybe the period of 10-15 days will be colder, and the rest will be milder winter,” the meteorologist added.

Speaking about UV radiation, Todorović states that it has been of rather low intensity for the last three years. He adds that most large pandemics occurred during the period of minimum solar activity, when UV radiation is weak.

According to him, UV radiation is more likely to be stronger next year.

Escalate situation! Tension and clash at the event that brought Noizy and Meriton together

Arrested at the airport a person with foreign citizenship, forged residence permit of another state – Latest News