FVA: Will increase the variety of complaints for substandard merchandise, 250 fines for non-compliance with anti-Covid measures 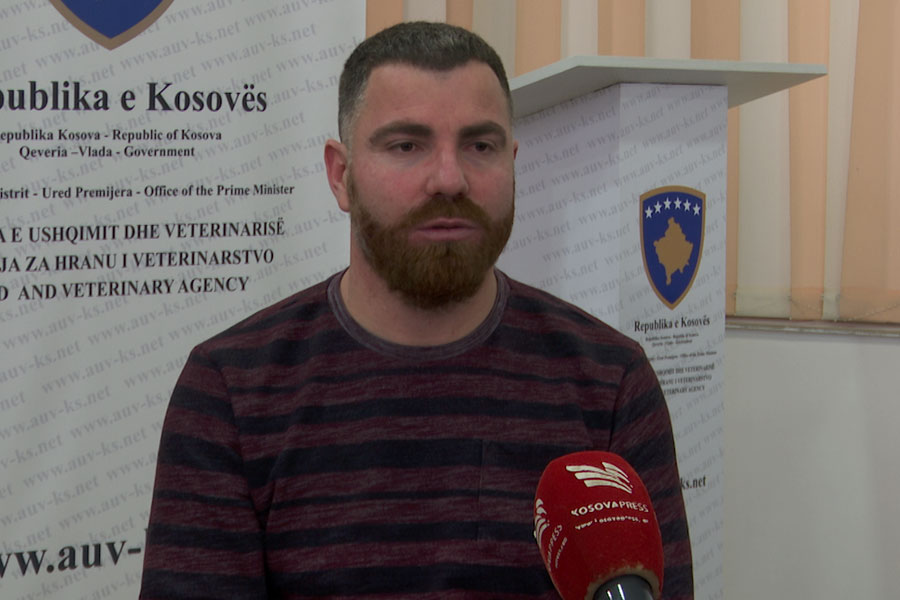 The Food and Veterinary Agency has increased the number of complaints about substandard food products. This authority during the last year and until today has removed from the market and destroyed over 700 thousand kilograms of food products that have not met the conditions for consumption.

In the last two months, the FVA has also imposed about 250 fines on citizens and political parties that have not complied with anti-Covid measures.

FVA spokesman, Lamir Thaçi stressed for KosovaPress, the controls on the import of food goods have been realized 100 percent. According to him, each consignment has undergone regular control procedures and depending on the findings is decided on consignments to be allowed to enter our market or not.

He says that throughout the territory of Kosovo have exercised control through three types of inspectorates, veterinary inspectorate, phytosanitary and sanitary and from these controls in 2020, removing from the market and destroying about 700 thousand kilograms of food products

“Even from the statistics we have from the department for consumer protection, we are the authority that leads in terms of the number of complaints that come precisely because of the credibility that citizens have in our authority, because for all complaints they always receive answers to cases in record time reported. The reported cases have always been resolved by the inspectorate and this cooperation between the citizens and the authority must continue, because food security is general security, which does not belong only to the authority “, Thaçi emphasizes.

He also told about the type of rice product “Brown Rice Basmati organic 500g”, which has left the market and about the care that consumers should have.

“We have products for this year that have left the market, have been destroyed. It is the case of rice that has been packaged in some European Union countries and it is reported that there is a toxin inside this rice and which has been being traded in our country as well. Whereas, we have acted once in line with other countries in which this rice has been distributed… As a competent authority with mandates to maintain food safety regardless of the origin of the product the basic condition for a product to enter the market, it should be safe. “Even the large number of products that come from imports, always in the amount of 100 percent, we are an authority that controls every consignment is subject to the control of the competent inspectorate”, he says.

As for monitoring the implementation of the law on the pandemic, Thaçi says that in the last two months, January and February, the FVA has punished citizens, businesses and political parties that have violated this law.

Political parties, according to him, have been punished for election rallies in violation of the Law on Pandemic.

“From the beginning of 2020 until now, every day and every night, FVA inspectors are on the ground to supervise the implementation of antiCovid measures and only for this period of time, we have had about 250 fines only for legal entities, including fines for holding various events or gatherings and wherever encountered by inspectors that government decisions have been violated, action has always been taken in accordance with applicable law… All those who fall into the category of legal entities, there are also fines for political parties or for maintaining organizations by political parties “, says Thaçi.

He also states that over 2 thousand natural and legal persons were punished in 2020 for non-compliance with anti-Covid measures.

Superior Statistics, this is the most preferred scheme by defensive coaches – Latest News

Rexhbeçaj surprises with the answer: It would be a dream to play for Germany – Latest News