Superior Statistics, this is the most preferred scheme by defensive coaches – Latest News According to an analysis published by the Albanian Football Federation, it turns out that the coaches of the teams from the Superior Category prefer the four-player defense scheme, Zeri.info reports.

From an observation of FSHF is interesting the statistics of the schemes used by the teams of the Albanian Superior Category during this championship.

The fear of not losing clearly prevails, because the 4-1-4-1 scheme is the most used this season by Albanians. The scheme that has become classic now 4-2-3-1 is a very valuable option, while Vllaznia is the first and is practically the only one that uses the rhombus-shaped placement in midfield with constant persistence. 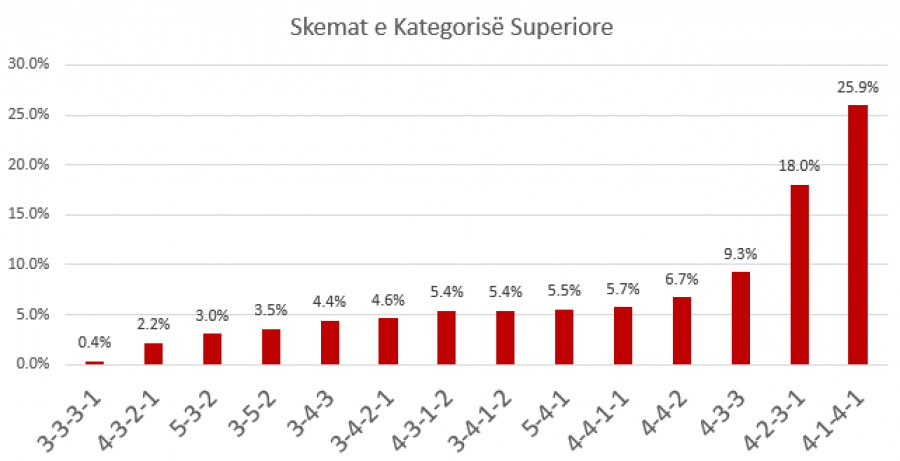 Statistics are derived based on the minutes in which the teams played with the 11 players on the field. This preference for four-player defenses is not actually as impressive as it may seem.

In fact, in a quarter of Superior matches, teams have played with three center-backs, as can be seen from this graph. /Zeri.info

FVA: Will increase the variety of complaints for substandard merchandise, 250 fines for non-compliance with anti-Covid measures