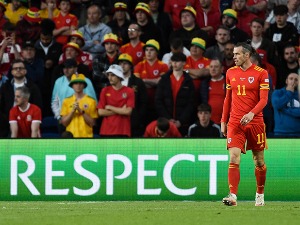 Bale left Real Madrid as a free agent this summer, and the new club is competing in the American MLS league.

The Welshman is joining a team that was recently strengthened by former Juventus captain Giorgio Chiellini.

Los Angeles is the new destination of the Welshman, who played 256 games for Real and scored 106 goals.

He won five European championship titles, and with his goal he brought it to his now former club “Decima”.

Gareth Bale signed a one-year contract with the team, which finished ninth in the Western MLS Western Conference last season, with the possibility of an extension for another 18 months.

Bale wants to be part of the Wales team that will perform at the World Cup in Qatar, for the first time in 64 years.