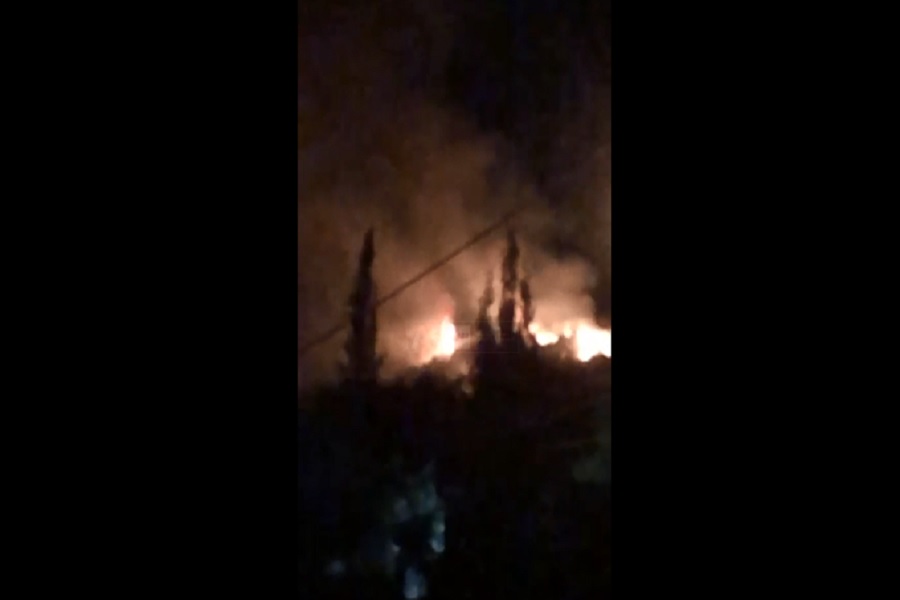 Another fire broke out tonight in the Tepe neighborhood of Shkodra. It is learned that the fire is very close to the apartments.

In the last report on emergency fires, 13 active fires were reported throughout the country, including in Cukal, Shkodra.

Although no longer on a large scale, there are still active hotbeds in Karaburun, but without danger to homes.

“In Gjirokastra, the fire continues in the hearths in the Lunxhëria valley, but without danger for the apartments. The FA forces are working together with those of the local government to extinguish from the ground. “Work is continuing to extinguish the flames on the pine hill in the village of” Arshi Lengo “, where, in addition to the operational forces, the intervention continues from the air by helicopter”, it is said in the Emergency report.

The fires in Fushë-Arrëz are in danger of spreading to the inhabited areas, so in order to help the forces that have been working for hours, a helicopter was sent for air support.

A safety guard on the bus station heard a moan, went to the bathroom and located an UNREAL SCENE! In two minutes an attractive factor occurred!