Haradinaj presents issues to Kurti: There’s confusion on the agenda of the dialogue with Serbia 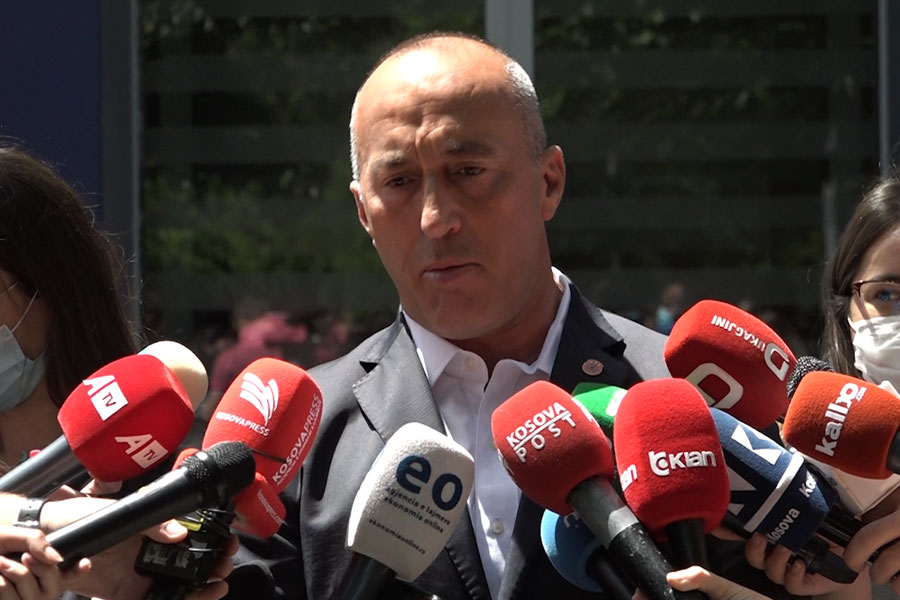 The President of the Alliance for the Future of Kosovo, Ramush Haradinaj has responded positively to the meeting with the Prime Minister, Albin Kurti. After an hour-long discussion at the Kosovo Government building, the AAK leader said he had raised some concerns with Kurti. According to him, the absence of the US presence in the dialogue, the confusion in the agenda of the dialogue and the escape from the fact that Kosovo has waged a liberation war do not do the country any good.

Haradinaj told the media that the appointment of a US envoy for dialogue is necessary for Kosovo.

“What we are investigating is a lack of US presence in the dialogue. I think this is a bad situation for Kosovo and it upsets the balance of Kosovo’s interests in dialogue. “It would be good for President Biden to appoint an American envoy for dialogue from America who represents America in the dialogue process.”

He said that in some cases there is confusion in the agenda of the dialogue, which is also being presented as technical processes.

“What is a little worrying is that there is confusion on the agenda in some cases, in some developments they are presented as the agenda of the Berlin process. The issue of citizen movement with Bosnia. In other cases as a technical process of dialogue, we see that Lajçak has the main weight in the dialogue, but that there is a low level of representation in the agenda, it is not the leaders, so a complete agenda is not seen. The future of the dialogue is not to be surprised and not to remain in what the Constitution of the country obliges us “, said Haradinaj.

In addition, Haradinaj said that there is a tendency of the executive to flee the fight for freedom and the legacy of the KLA.

“There were some other concerns regarding the position of the government and Prime Minister Kurti, we are constantly investigating a kind of escape from the fact that Kosovo has fought a liberation war that the KLA is what brought NATO-assisted freedom and that Kosovo can not to be equated with the countries of the region for war criminals. So the term that the Balkans should be freed from war criminals is not right… The only country in my opinion or as the Prime Minister should have said is that Serbia needs demilitarization, it needs to be liberated from war criminals. In the parliament of Kosovo we have two ladies who represent the wounds of the war. The Prime Minister is absolutely right that a country should be liberated from war criminals, Serbia. I was not generalized. “A tendency to run away from the war for freedom of the KLA heritage is wrong because that war is the foundation of our freedom,” he said.

Asked about his questions to Prime Minister Kurti about the recruitment by the Serbian secret services, Haradinaj said that he did the same to him face to face, but did not tell about his answers.

In the framework of meetings with opposition leaders, tomorrow Prime Minister Kurti is expected to meet with LDK leader Lumir Abdixhiku.