He challenged the police, but suffered himself, after publishing the video quickly, Fationi of “Për’puthen” was fined 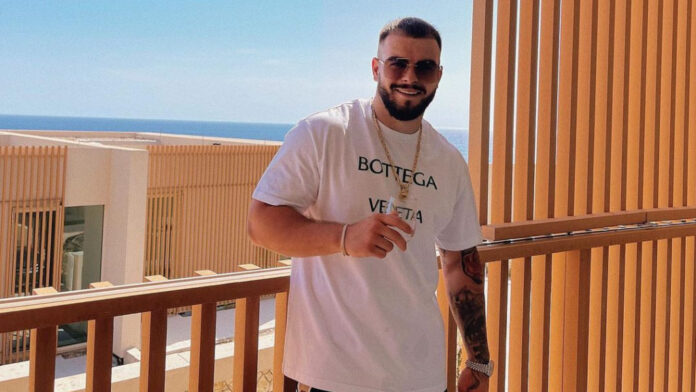 Two Albanian citizens from Kosovo traveling at a speed of 230 km / h in Albania were at the top of the news these days, and while everyone is talking about this issue, the former competitor of “Për’puthen”, Fation Kuqari challenged the police and flew With his luxury car.

He does not hide this at all and has even published a video on social networks where he is seen moving at a speed of over 215 km / h with his “Audi” type car. This is not the first time in fact that the former competitor does such actions and shows them in public.

This news became quite viral, and apparently finally fell on the “ear and eye” of the police and Fation Kuqari received a fine of about 330 euros, according to “Abc.al”. In an interview for “Summer Night” on T7, Fationi was asked about Melissa and surprised by the comment he gave about her, this time, he complimented the former contestant, saying that he likes her as a singer.

“I wish him success now to say the right of all the singers who have come out there Melissa is the most graceful, I like her as a singer” – said Fationi, with this statement, he hinted that things between them were flat.