“Hooligans from Pristina created chaos in Spain” – This is the scandalous headline of the Serbian media, after the Spanish Federation demanded the removal of the flag of Kosovo – Latest News A few minutes before the match between Spain and Kosovo started, the federation of the host country requested the removal of the Kosovo flag from a place in the stadium, writes “Zeri.info”.

The journalist, Berat Buzhala had said in a connection on T7 that they approached the authorities of the Spanish Football Federation asking to take the flag of Kosovo. However, the flag remained and the persons in question finally agreed that the flag should remain there.

But, this situation has not escaped the Serbian media “Kurir.rs” which has used a scandalous headline in relation to this issue.

“Hooligans from Pristina created chaos in Spain: The delegation of the false state brought the flag of Kosovo, the security rushed to remove it”, reads the scandalous title of the Serbs. 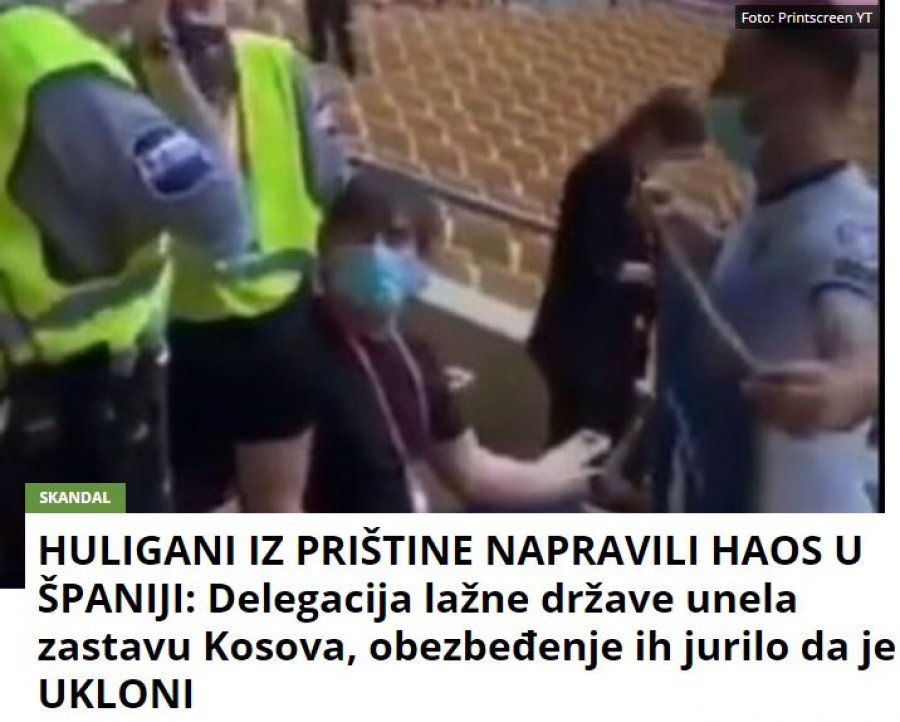 Otherwise, Kosovo suffered in the end with a result of 3: 1 from “Red Fury”. /Zeri.info