How many construction permits were issued in the capital this year? 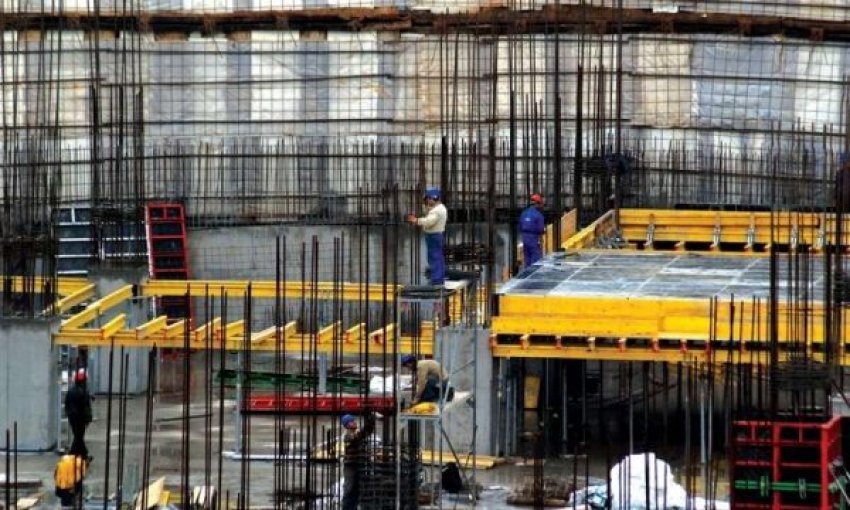 Since the beginning of 2021, the Directorate of Urbanism in the municipality of Prishtina has issued 14 construction permits.

While, regarding the third program for facilitating the procedures for legalization of illegal buildings, the director of the Directorate of Urbanism in the municipality of Prishtina, Ardian Olluri, said that since August 2019, 533 residential buildings have been legalized.

“In 2020 we had a small decrease in the number of permits issued, so we had 151 construction permits issued, compared to 182 of the previous year and we issued 815 thousand meters compared to 911 thousand from the previous year. We expected a very large drop due to the pandemic, this was a good surprise because we did not have a drop as much as we expected. This year, from January 1 so far, we have issued 14 construction permits. “7 of the first category and 7 of the second category, looks very promising this year and we hope that we will still have demand as construction is an important industry in our economy and affects employment and economic growth,” he said.

Further, Olluri says that the third program to facilitate the procedures for legalization of illegal buildings, is proving successful, as this time there were more requests from citizens to undergo legal procedures.

“The new law that has entered into force and is in force now has greatly simplified the procedure, especially for the first category. The procedures are simple requiring ownership documents, application form, a statement from the owner who assumes responsibility for the security of the facility and geodetic recording. So the number of documents required is very small, and the procedure is greatly simplified, in addition the cost is reduced. I mean for the first category it is only 1 euro per square meter, for the second category it is a bit more expensive, it is 2 euro per square meter and the required documents are a little more than for the first category, except for the documents I just mentioned, at the second category also requires reports for each phase of engineers in certain fields. A report of the static engineer is required, who ascertains that the static meets the conditions of the facility, as well as the electricity, so for each part a report of the engineer is required, which ascertains that the facility meets the conditions to be legalized “, he said

“This is the third program that takes place in the municipality of Pristina, so initially the legalization of illegal facilities had started in 2010 with a municipal regulation, then the Law on legalization of program facilities starting in 2014 until 2016, and now this is the third program, which started in August 2019. I consider it successful comparing it with the two previous programs, so while in the two previous programs that have been developed for years it has been achieved to legalize only about 200 objects, we during this program since August 2019 have managed to legalize 533 objects. According to an estimate, approximately 70 million euros have been released in financial capital, so the approximate value of these facilities we have accounts that is approximately 70 million euros, a financial value that can be used to approach the financial capital. So to compare with the programs and take into account that we were in a pandemic time, I am considering that it has been quite successful so far, but I hope that the demands increase and we increase the intensity of work, the number of illegal facilities in the municipality of “Prishtina is estimated to be around 46 thousand constructions”, said Olluri.

According to the new law on illegal constructions in Kosovo, only objects started before September 5, 2018 are treated. Whereas, objects built before 2004 are exempt from paying taxes.

“The application deadline is until September of this year, this deadline can be extended by the decision of the Government for another year, this is a possible circumstance but we do not know if it happens. This is a very important deadline because the treatment of the facility is done even after the expiration of this deadline, but if it is not applied within this deadline, it is included in the demolition list “, said Olluri.

However, it is considered that this law favors persons who have built without a permit, as the cost is much lower than for persons who have undergone legal proceedings. According to Olluri, this is a bitter and unjust reality, but as he says otherwise, this phenomenon cannot be treated.

WARNING RHMZ! ICE RAIN is feasible on this a part of Serbia, and right here is the place the SNOW might be seen