IS IT WORKING ON WEDNESDAY? Serbia is marking an vital historic day, and the middle of Belgrade might be closed! These are all particulars! 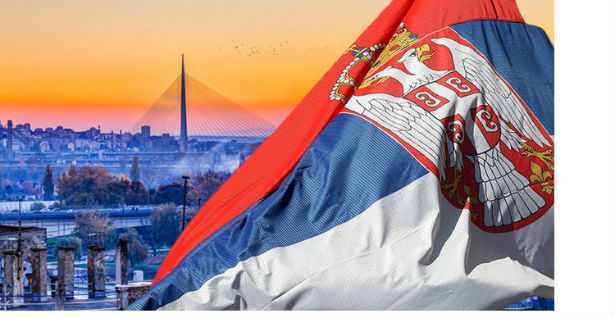 IS IT WORKING ON WEDNESDAY? Serbia is marking an important historical day, and the center of Belgrade will be closed! These are all details!

This holiday will be a working day.

The idea of ​​establishing a joint holiday between Serbia and Srpska was presented to the public after the meeting of Serbian President Aleksandar Vučić and Prime Minister Ana Brnabić with the leadership of Republika Srpska in August 2020. It was agreed at the meeting that the idea would be forwarded to the competent state and entity bodies for further consideration and a decision on the establishment of a new holiday.

At the session held on September 10, 2020, the Government of the Republika Srpska adopted a conclusion on the celebration of the Day of Serbian Unity, Freedom and the National Flag, which made this holiday official in Srpska. A day later, on September 11, the Government of Serbia also passed a conclusion on the basis of which this holiday is officially celebrated on the territory of Serbia.

Celebration and cult of the flag

Let us just remind you that due to the celebration of this holiday and the ceremony that will be organized on Wednesday, the center of Belgrade will be closed for traffic, and you can read a detailed list of streets and the exact time when it will close at this link.

In the countries where Flag Day is celebrated, the practice of displaying the appropriate shape of the flag on the buildings of state, provincial and local bodies, public services, but also on private facilities is established in order to show respect for the flag as one of the most important elements of statehood.

On such an occasion, the flag is placed exclusively in the place provided for its display (grooves, masts, facade spears, …), in accordance with the applicable regulations.

In Serbia, for this purpose, state bodies hold a prominent state flag, provincial and local authorities, as well as public services (schools, hospitals, public companies, …) in addition to the national flag, which they are obliged to fly every day, they also display the state flag, while citizens can choose whether to display the state or national flag on their facilities, since the law does not define which form of flag may be displayed by natural persons.

As the historian Momcilo Pavlović said earlier, September 15 – the Day of the Breakthrough of the Thessaloniki Front – is a day that should definitely be celebrated.

That is 177,000 soldiers, dozens of divisions, three Serbian armies …

Speaking about the Thessaloniki Front, Pavlović pointed out that this is not about one division, it is about 177,000 soldiers, dozens of divisions, three Serbian armies. The second army, which broke through the front, had three divisions.

He reminds that the Thessaloniki Front was broken through by the Sumadija Division, in the background was the Timok Division, and behind them was the Yugoslav Volunteer Division. There were two French divisions on the side.

In the Kingdom of Yugoslavia, it was marked in different ways – especially spectacular was the celebration of the tenth anniversary of 1928 and 1938, Pavlović said earlier.

According to him, many regiments had the glory of that day, by the decree of King Alexander, the Supreme Commander, many associations, especially the associations of reserve officers, celebrated that day as their day.

“On September 15, 1918, the Bulgarian-German lines were broken, which were established on mountain heights in the north of Greece, ie today’s Macedonia, at an altitude of 1,600 meters, with different elevations,” Pavlović said.

The day before, on September 14, preparations were made with systematic artillery fire, but the front was broken through by infantry, Pavlović said.

The Sumadija Division of the Second Army was a striking fist with Stepo Stepanović at the helm.

The people of Šumadija received praise from the supreme commander of the overall front, French General Depere, who especially appreciated Serbian heroism.

In the Kingdom of Yugoslavia, it was the day of glory of the Serbian army and the day of freedom, says the historian.

Pavlovic said that the Bulgarian army should have capitulated for 14 days, provided that Serbian units did not cross the Bulgarian border, they were afraid of Serbian revenge for everything they did, especially in the south of Serbia during the First World War.

In 46 days, the Serbian army entered Belgrade, crossed the river borders, the centuries-old borders that still stand. These are the borders on the Drina, Sava and Danube, it entered Timisoara, Subotica, Pecs and reached the Karavanke.

Speaking about why they waited for the breakthrough of the front for three years, Pavlović says that it is due to the superiority of enemy units, built concrete lines, fortifications at all points.

Two years before that, in 1916, the Serbian army managed to conquer Kajmakcalan and Bitola, there were occasional battles, but due to the strength of the enemy, due to the assessments of the commanders – a decision was made in the fall of 1917 to start breaking through the front before winter. fog.

The beginning of the collapse of the Central Powers

He says that Austria-Hungary offered a separate peace, a declaration was made for it to be a federation, for all Slavs to get their own states, but then it was too late.

He reminds that after the breakthrough of the front, 14 Wilson’s points were passed – which speak about which nations have the right to create their own states.

The direct political consequence of that event was the creation of a joint state with Serbs across the Drina, Croats and Slovenes.

Pavlović believes that all holidays are points of identity where the awareness of unity and the memory of the past develop in silence.

According to him, we are quarreling with the present, which is reflected in the past.

He pointed out that the consequences in human casualties were huge, during the breakthrough of the Thessaloniki front, 5-7,000 people were buried in Zejtinlik.