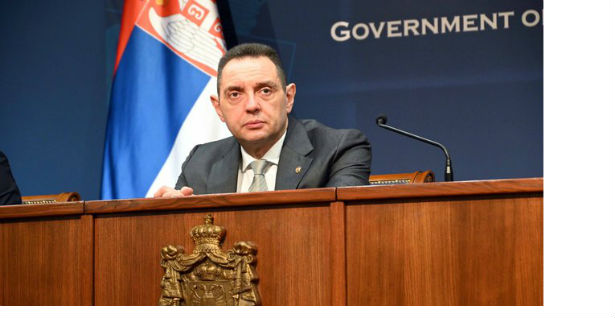 Minister and President of the Parliamentary Assembly Vulin: Vučić is the most aggressive person in Serbia and the region, because he is the bearer of political stability

The Minister of Internal Affairs and leader of the Socialist Movement, Aleksandar Vulin, stated today that the President of Serbia, Aleksandar Vučić, is the most attacked person in Serbia and the region, because he is the bearer of political stability and trust of Serbian citizens. those who share his political vision.

“There is a plan and a strategy. President Vučić is a man who preserves political stability in Serbia. He is the bearer of the trust of the citizens, and when he appears before the nation, the nation listens to him, trusts him, unites around him. That is why they are doing everything to weaken and collapse him, and one of the ways is to weaken and destroy those who are close to him, those who share his political vision and fight together with him in the same way, “said the minister and PS leader. Vulin in the morning program of Happy TV on the statement of the host that, in addition to the President of Serbia Vučić, he is one of the most attacked persons in the country and the region.

According to the Minister and the President of the Parliamentary Assembly, the goal of the attack is to scare everyone around President Vučić, that no one should follow his policy and believe in the same Serbia, and leave President Vučić alone to pursue a policy of preserving Serbia’s stability and prosperity.

“It’s a plan, I’m not important, none of us are. “The vision is important, the idea that President Vučić initiated and the way in which he managed to preserve and create political stability,” said Minister Vulin and assessed that in such a situation attacks are carried out on those who have the courage to protect President Vučić’s policy.

“From making them criminals to making them crazy, depending on what suits them at the moment,” said the Minister and leader of the PS, Aleksandar Vulin, as a guest on the morning program of Happy TV.