Ismaili: Pristina will be clean in the first 100 days of my rule 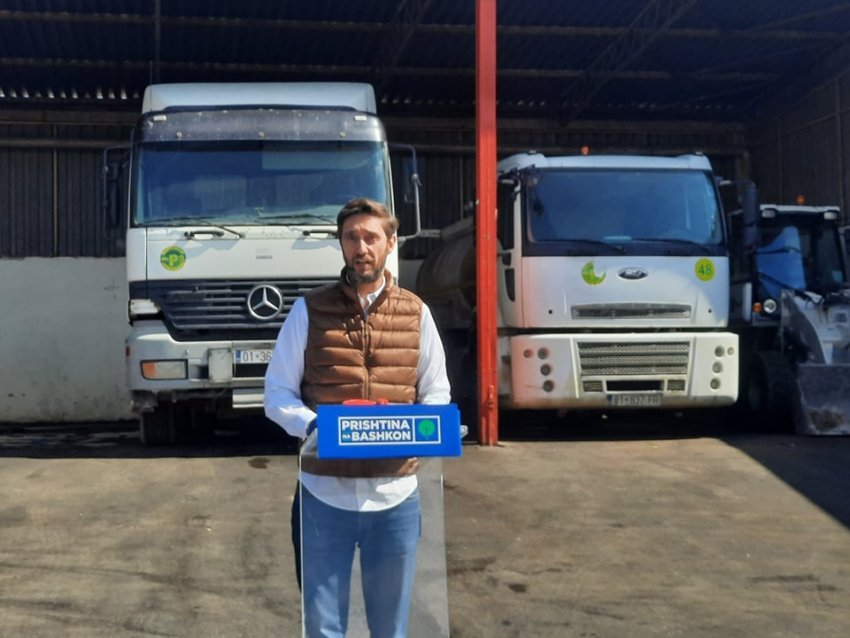 PDK mayoral candidate Uran Ismaili has promised that in the first 100 days of his rule he will make Pristina clean.

Ismaili gave this statement at the press conference he held after the visit of the company “Pastrimi” in Pristina.

“Cleanliness is a basic need for a city and it reflects how people live in that city. “We can no longer tolerate garbage dumps being the black spots of any neighborhood that stinks and looks bad,” said Ismaili.

Further, Ismaili said that together with the team they have analyzed the situation regarding waste management in Pristina and have identified the narrow towns that are suffocating our city.

“Therefore, I pledge that for the first 100 days of my government, we will have a clean Pristina and we will do this together with the citizens of Pristina,” he said.

Ismaili has also shown some of the main interventions that he will undertake to realize this project.

“First, we have to put street baskets in every neighborhood of the city, because today we have whole streets where you have nowhere to throw garbage. Second, we will change the collection schedule so that we no longer see garbage that stays in the neighborhood for days. “Garbage collection will be done more often, and this will happen at a time when we do not have much traffic,” said Ismaili.

He further added that they will also invest in containers to digitize them, so that they can signal the collection center when they are filled to 70% of capacity.

Ismaili has indicated that he has also thought about the complaints of residents that businesses fill their garbage containers.

“We have contracts with businesses, especially gastronomy, not to throw their waste in the neighborhood containers. “With the launch of the” Bring “digital system, the waste of bars and restaurants will be collected at special times, without burdening our neighborhoods”, he said.

In the end, Ismaili said that they will make solutions for waste from construction material.

All these projects, the candidate for Mayor of Pristina, Uran Ismaili said that they will be completed by the end of 2023.