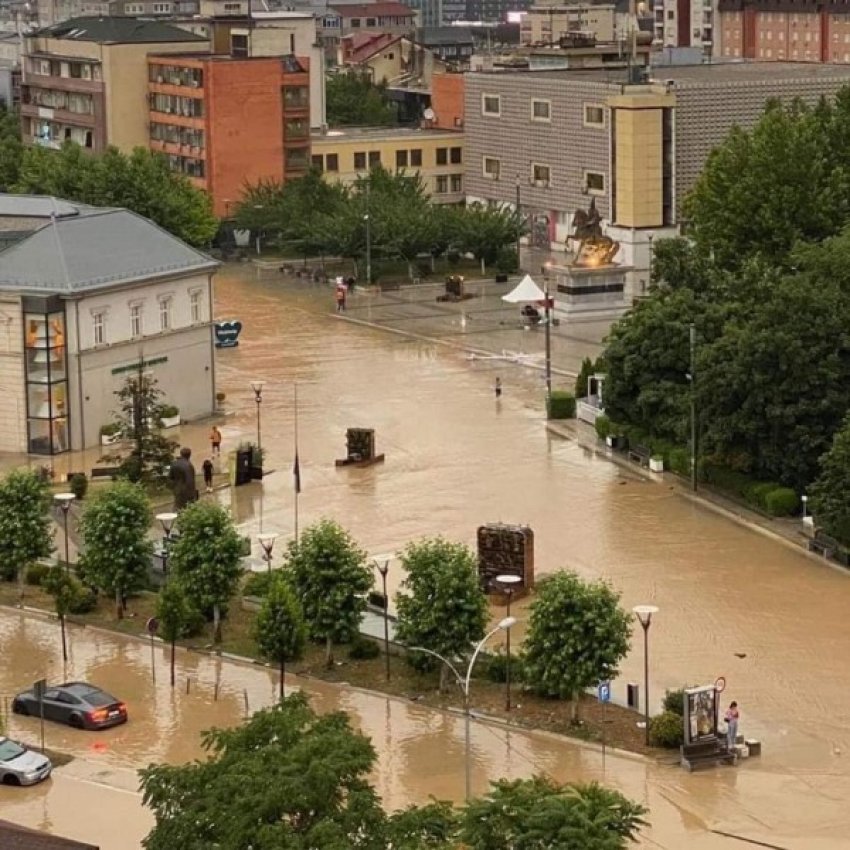 The candidate of the Democratic Party of Kosovo for mayor of Pristina, Uran Ismaili after the rain and floods in the capital, said that such times do not require criticism but greater cooperation between the municipality and citizens.

He posted a photo on Facebook showing the part of “Ibrahim Rugova” square, and “Agim Ramadani” street, where he wrote that today’s rain has damaged entire neighborhoods in Pristina.

“I do not want to deal with criticism because the images speak for themselves. But the municipality should seek help from all of us if it does not have the capacity to manage this situation.

Such times require greater cooperation between the municipality and the citizens, because together we fix it. “Families, businesses and all those affected by the rains should be helped immediately and by everyone,” he wrote.