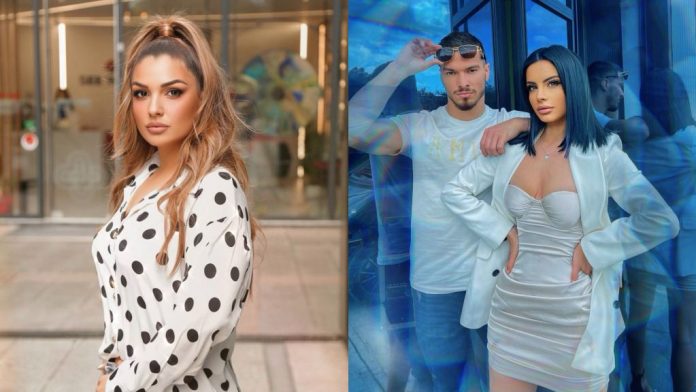 A few days ago, Andy withdrew the statement about Jasmine, stating that he did not see a match between them.

He said they could not have a future together, after the strong debates they had with each other.

After this event they were absent for a long time in Match and today both returned.

They admitted that after this absence they calmed down, but Jasmina added that she also agrees with Andy’s opinion that there can be no future between them.

“I was a little confused, thoughts, but I believe that this period of rest has done me good and I have reflected. I apologize to Andi if I upset, stressed, strangled him, but these 3 months I would not like to spend as an experience with someone else.

I’m very happy to have known him, but I have come to a conclusion that no matter what our relationship has gone through, neither do I see a future between the two of us. He pulled a lot, he didn’t do it out of nerves, it was a pull that showed I didn’t want to have anything to do with you.

We have the same character, I do not sit, he does not sit and neither I nor he cooperate “, said Jasmina.

“I have calmed down a lot, everyone from the family is better, I have reflected and we will see it now.

I am not a person who repents.

I am thankful that I was part of this show and that I got to know different people and especially Jasmine.

There comes a point where misunderstandings occur and sometimes degrade some things, but I do not know, there are not enough words to express.

“There are some things that accumulate”, said Andi on the other hand. But later they hinted that they would like to continue getting to know each other out, because these times have always been under the pressure of people’s cameras and comments.

“What we can not clarify here, maybe outside we can clarify,” said Andi.

Thus, their request was accepted and Bora said that they could meet together outside the program, but on one condition. “We are ready to accept this, just so that this couple does not break up.

You both leave the program, but you will have one last obligation, to come after a month and tell what happened between you “, said Bora.

We will now have to wait and see if this relationship between them will be finalized or not with a connection.