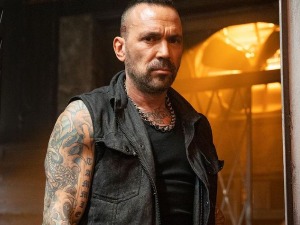 On the screens, he gained the status of a youth idol in the fight against the evil powers of the universe, but martial martial skills tragically deceased actor in real life they were not made up.

Frank, who appeared 123 times as Tommy Oliver in Power Rangers, was a well-known martial artist and MMA fighter.

With a black belt in karate, judo and taekwondo, Frank was undefeated in his amateur career with a 4:0 record.

“I get in the ring and do my best to prove that I’m a real fighter,” Frank said when asked about his plans to start a professional fighting career.

He added that titles are not important to him.

“I want to show the fans something they can be proud of,” the actor said.