KLI for the elections: There have been minor incidents, the police and the prosecution reacted adequately 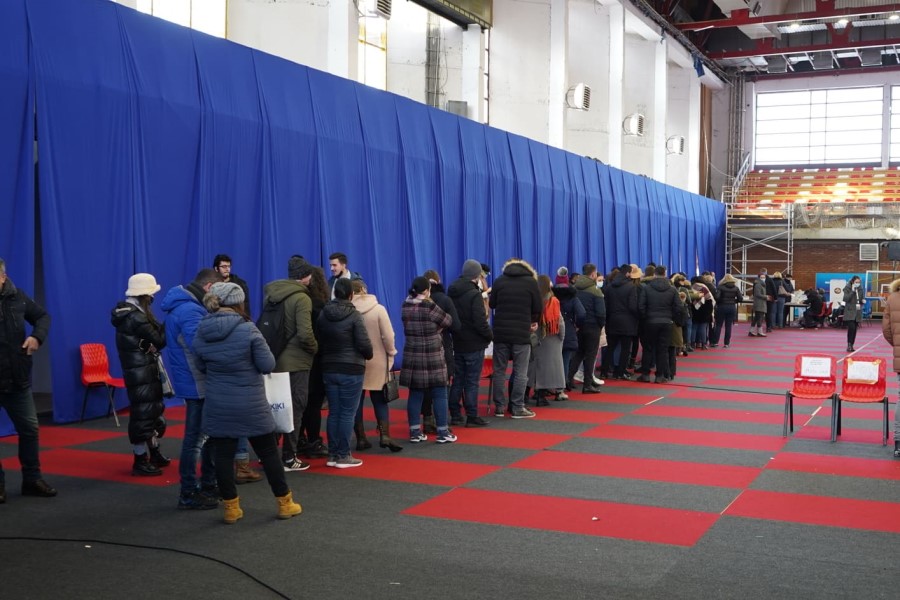 Kosovo Institute of Justice (KLI) estimates that the voting process in the early parliamentary elections held on February 14, 2021, has met the standard of free, fair and democratic elections.

KLI throughout the day until the closing of the ballot boxes monitored the voting process of citizens throughout the territory of the Republic of Kosovo, with a team of 51 observers / mobile monitors – volunteers – who focused on monitoring the cases of incidents, in which they assessed the actions and reactions of the Police, the Prosecution and the Courts.

“KLI has identified a number of cases of incidents, which are suspected to have entered the criminal sphere, but in which cases, it estimates that there has been an adequate response of the police and the prosecution, in preventing and prosecuting responsible persons. In addition, KLI reflects the findings and assessments of election day monitoring. KLI observers during election day have identified various violations, the most common of which was non-compliance with anti-COVID measures by citizens in almost all polling stations and polling stations in all municipalities of Kosovo. Moreover, in addition to not keeping their distance and in various cases not even masks, by citizens, KLI observers have identified cases where commissioners and / or observers did not wear masks, as a protective measure against the COVID-19 pandemic. Another repeated violation, which has affected various regions within Kosovo, has been the sending of SMS with messages from certain political parties, calling for voting for them. In this regard, the prosecution has been notified that KLI has opened a case in due process. Through the observation conducted by KLI, three cases of photographing the vote were also identified, in three different regions within the country. KLI observers have also identified cases of lack of ballots in four different polling stations, all in Pristina. Whereas, in two cases, KLI observers have identified displays of political party logos inside the Voting Centers. Of these, one case was identified in Prishtina and another in Suhareka. KLI from sources within the prosecution has understood that there are two cases open in regular procedure, for interference in the computer system. Another case for which the law enforcement agencies intervened was identified in Lipjan, where a person was detained due to the threats of the commissioners. A case was also identified in Prishtina, where a citizen stated that he was not allowed to vote because after arriving at the polling station he found that a signature had already been placed on his name on the list. Regarding this case, KLI was informed by the police that this case has been handled and the person in question has been provided with conditional voting. Whereas, further actions are being taken in coordination with the state prosecutor. KLI observers have also identified at least one case where there was a lack of official CEC signs in the ballot box, then another case where there were doubts about the identification of dead persons on the voter lists, one attempted case. for double voting, as well as a case for vote sale. Whereas, for the cases when the persons were denied the right to vote due to the expiration of the ID card despite the application to be provided with a new one, the KLI observers have reported several times within today. This issue was then concluded with the CEC decision to allow these persons to vote. KLI observers in one case also found that observers were forced to take on the role of commissioner, due to the large number of voters. This case has been identified in the capital “, it is said in the announcement.

KLI observers are already monitoring the ballot counting process in polling stations, where so far, no cases of irregularities have been reported. Further, for any innovation, KLI will keep you informed.

Pristina denounces the case: The observer is forcing us to show him the ballot paper