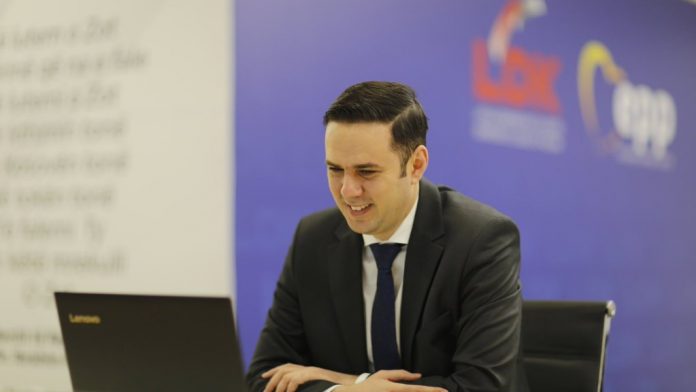 The President of the Democratic League of Kosovo, Lumir Abdixhiku said today that Prime Minister Albin Kurti has changed his position on several topics related to the dialogue with Serbia.

Abdixhiku made this statement in a statement to the media after meeting with the chief executive, Albin Kurti.

“I noticed not only reciprocity, but also other topics that previously had as a cause changed position in the dialogue.

They are positions of reciprocity, apology, internal and external dialogue.

“So, they are re-designed positions of the prime minister”, he said, reports Telegrafi.

According to the chairman of LDK, now is the time for Kurti to prove himself, while he said that he will have the support of LDK as long as he acts well and well.

Asked whether there were disagreements regarding the basic pillars for the dialogue with Serbia, Abdixhiku said “now we talked about the pillars that he should defend, we did not have disagreements because they are ideological orientations that preserve this Republic”. / Telegraphy /

Vitia confirms, another 100 thousand vaccines against COVID-19 will arrive on Friday – Latest News