Kurti: The reminiscence of Adem Demaçi might be everlasting 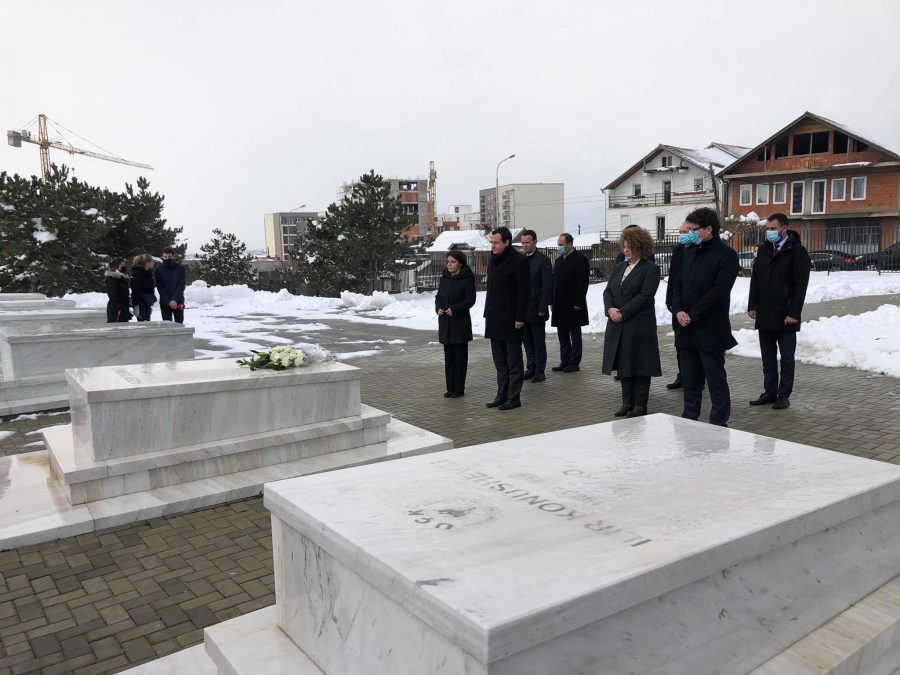 The newly elected Prime Minister, Albin Kurti together with the government cabinet have paid homage near the grave of the former activist of the national cause, Adem Demaçi.

The head of government said that the memory of Demaçi will be eternal and will be cultivated for generations.

“March 24 this year, as the new government of the Republic of Kosovo, we started with one Adem, Adem Jashari and we are ending with another Adem, who in a way is the same, Adem Demaçi. The symbol of our resistance, the most prominent activist of the national and relentless cause who had a lifetime deed for our general interest. Despite long prison terms, which together make 28 years he did not stop, did not get tired and was never broken. “The memory of him is eternal and undoubtedly the contribution of Baca Adem will be learned and cultivated among generations of activists throughout this new century”, he said.

During the day, Kurti paid homage to the memorial complex “Adem Jashari” in Prekaz, to the graves of martyrs in Gllogjan of Deçan and to the grave of former President Ibrahim Rugova.

Vitia goes to UCCK, meets with the Board and the director of HUCSK – Latest News