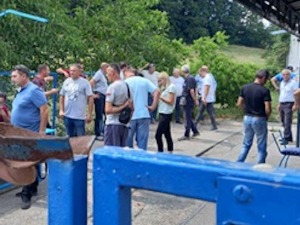 “After the meeting that was held at 10 a.m., where the management listened to the dissatisfied workers, without concrete agreements, around 70 self-organized workers decided to go on a one-hour warning strike, and then on a hunger strike until the demands are met,” it is stated. in the statement.

They, it is added, expect that all other work units at the “Lasta” level will join them during the day and that the traffic will stop completely until the demands are met.

The workers who are on strike are asking for an hourly price of 450 dinars for the drivers, and for the foreman and maintenance workers they are asking for a 35 percent increase in the price of the net salary. As stated, due to ignoring the problem after the one-hour work stoppage, they are now demanding the removal of the supervisory board and executive directors of “Lasta”.