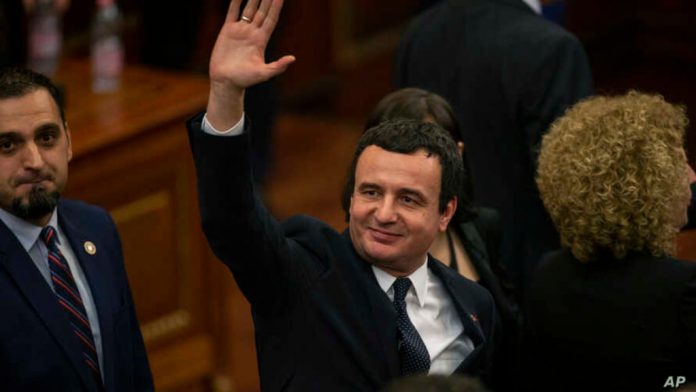 The chairman of Vetëvendosje Movement, Albin Kurti said that in the local elections that are expected to be held on October 17, they aim to win ¾ of municipalities.

In an opening speech at the 44th meeting of the General Council of LVV, Kurti addressed the party delegates, saying that in these elections, they should win without a runoff.

The chances are high in almost all municipalities.

It does not do without winning 3/4 of the municipalities.

Citizens need to experience good governance, which brings order and urban development, which brings investment and employment, especially at the local level.

In these local elections, we are not only ready, but we also intend to cooperate with the GUXO List, as for the parliamentary elections of February 14 “, said Kurti.

He told the delegates that the LVV is being attacked with special warfare and slander and that other parties should be given the message that they will have good results in the elections, only when they remove the corrupt from among them and reform themselves. deep. / Telegraphy /

Shkodra Mayor: The event in Velipoja would have been avoided if the government had allocated beach spaces – Latest News