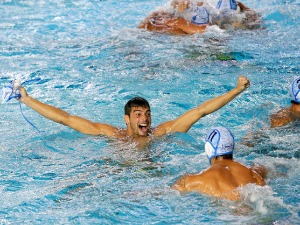 Pro Reco won the ninth title in the Champions League, the first after 2015, while the Hungarian team failed to defend the championship title won in 2019.

Last season, the competition was interrupted due to a coronavirus pandemic.

Until the record ninth European champion title, Pro Reko was led by the representative of Serbia, Dušan Mandić, who finished the final match with three goals and recognition for the most useful player (MVP), and was accompanied by Pietro Filjoli with two goals.

“The year is specific because of the crown, we won the Italian Cup, we lost the final series to Brescia and that shook us a lot. It was hard for us after that. We came to Belgrade, we rose above that and we showed that we are a team. we are back to each other, we gave our best.It is full of heart, Pro Reko has been waiting for this title for a long time.This is a special ninth title, with which Pro Reko rose above all clubs and became the most trophy in the Champions League.It is a special charm, thanks to my teammates, coach and professional staff. The MVP recognizes the least important thing, “said Mandic after the final match.

Mandic points out that this success is a nice overture and additional motivation before what awaits him with the Serbian national team this summer, and that is the defense of the Olympic gold in Tokyo.

“A big challenge is ahead of us, who knows what it will be like in connection with the Olympic Games, everything is being said … I hope there will be, and we will step by step. I will not say anything in advance, I know what is going on “He expects from us. We also know who we are and what we are. Don’t immediately adorn us with medals around our necks, be patient. We will give our best and we will fight for Serbia with all our hearts, as we always do,” Mandic concluded.

As for the final placement at the final goal in Belgrade, Brescia won the bronze medal, Barcelona finished fourth, the water polo players of the South took the fifth place, and Hanover, Olympiacos and Marseille remained behind.

The organizer of the final tournament of the Champions League water polo was VK New Belgrade, co-organized by the Water Polo Association of Serbia and with the support of the Republic of Serbia, the City of Belgrade and the Municipality of New Belgrade.

Belgrade will host the final tournament of the Champions League for the next two seasons as well.

The “carrot or stick” policy should not be allowed at all