Marquez the Colombian has a mustache, a rooster to struggle, and his failed revolution 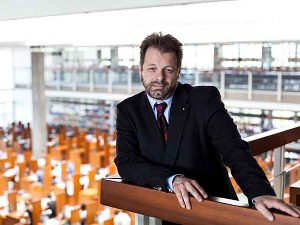 Yesterday – if he had lived as long as his colonels – Gabo would have celebrated his ninety-fourth birthday. He died in 2014, and did not reach such an old age, but this writer seems to be still alive. This is because his literature is alive, not only in his native Spanish language in which it was written, but also in many others, including Serbian.

As an ordinary man grew up in the Colombian interlude, he managed to tell so many fairy tales and legends of his homeland, which are painted exclusively with local colors, and nevertheless reach the hearts of many who have never seen the Caribbean rivers or the animals there. any of the plants he mentions in his books?

This is primarily because Marquez put people at the center of his prose, which he describes first by sweat and delusions, and only then by ideals and visions. No one in recent times has approached a man called the hero of the novel, peeked under his clothes, mingled with his old age, heard his last vain thoughts, weighed unrealistic expectations and finally stated that there are no happy deliverances, even when Florentino Arisa and Fermina Dasa learn what love is in their last days of old age in the novel “Love in the Age of Cholera”.

Marquez is therefore a poet of sorrow, a poet of waiting, a poet of silence, a poet of loneliness, a poet of depression. Then why do readers love him so much? There is something in that Colombian “world sorrow.” The country is not advancing, because it is shackled by incessant uprisings that blaze like a forest fire, only to be replaced by a dictatorship that stinks of stupidity and inhumanity; the province is not advancing because it does not touch enough city blood; the capitals are falling behind because they lack provincial authenticity.

Marquez’s Colombian has a mustache like his writer, his cock to fight, his family misfortune with him, his failed revolution as a history of chronic illness, his invisible epaulettes of high military rank – and with that, hopes for a completely unattainable future.

But, despite the fact that the loner is at the center of his prose, this writer wrote his most beautiful pages about love, and few people knew about that love of two people like him. Love and everything that is called love, parades on its pages, showing how desperately every man needs a partner, whose presence in his environment poisons exactly that individual who desperately needs a partner …

And all that – both love and loneliness – takes place on Marquez’s pages with incredible speed, driven by a narration that is unusually reminiscent of film language. The images, countless images that the writer, in his own words, heard and saw in his grandmother’s stories, are constantly changing as in a short-cut film.

That is why this writer is completely ready for the 21st century, that is why he did not die, but is alive as if something will come out from under his typewriter even today. But since the author really can’t do that anymore, it seems that it won’t take long, and his heroes will continue to give birth to new heroes in his name …

According to everything, as he described him in many situations, Marquez’s excessive hero therefore still resembles many, not only in Colombia, not only in Latin America, but also in Europe, and even in Serbia. That is probably the reason why Gabo is also a Serbian writer.

That is why Marquez is an inspiration to many Serbian writers: Vidosav Stevanović, Miroslav Josić Višnjić, Milisav Savić, which ensures him a place as a Serbian classic in our country as well.

After the noise is created, Tea and Bearti return to “Match”

Parents do not expect from the Municipality of Prishtina, they are committed to the regulation of the school “Faik Konica” – Latest News