On the official website of the Ministry of Foreign Affairs and Diaspora of Kosovo on Twitter, it was announced that Minister Donika Gërvalla will pay a visit to Northern Macedonia.

During the announcement, in the Twitter post, the Minister of Foreign Affairs of Northern Macedonia, Bujar Osmani, was confused, where in his place, a citizen with the same name was labeled, reports Zeri.info.

After a few minutes, Kosovo MFAD officials changed the post by labeling the official profile of Minister Osmani.

“Invited by her colleague from Northern Macedonia, Bujar Osmani, Minister of Foreign Affairs Gërvalla held excellent talks with President Pendarovski, Prime Minister Zaev, Speaker Xhaferi, and others. She also attended a ceremony for “named a street in honor of her late father, Jusuf Gërvalla,” the MFA’s Twitter post reads.

“Voice” has managed to save the wrong post before the upgrade. 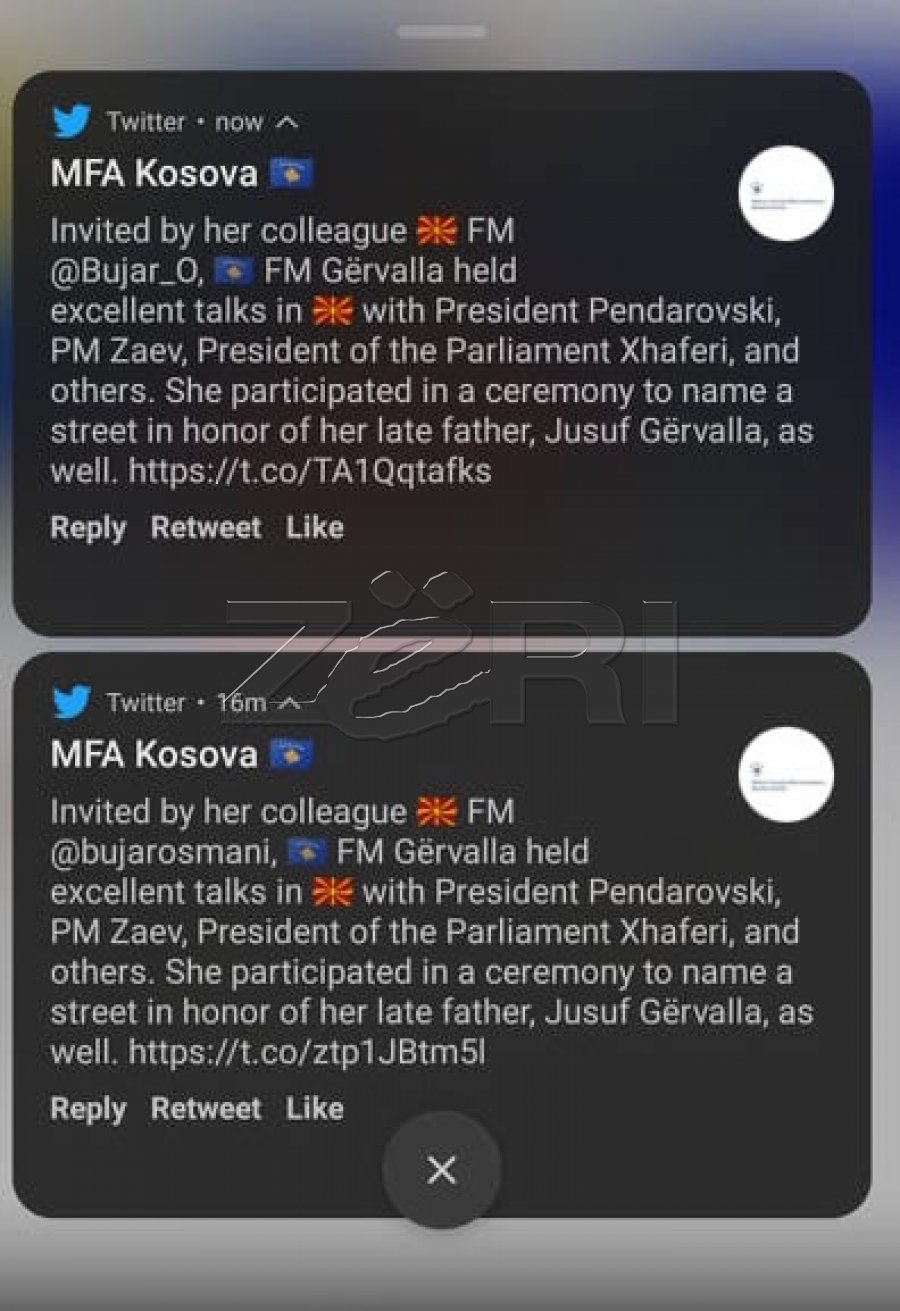 Recall that the official Twitter page of the Ministry led by Donika Gërvalla, is known for such mistakes before, where before that the NATO flag was confused with that of the UN. / Voice

Invited by her colleague ë FM @Bujar_O, ë FM Gërvalla held excellent talks in ë with President Pendarovski, PM Zaev, President of the Parliament Xhaferi, and others. She participated in a ceremony to name a street in honor of her late father, Jusuf Gërvalla, as well. pic.twitter.com/TA1Qqtafks