Montenegro – 6.2 million euros to defend the key agent from freedom 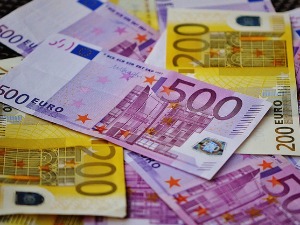 In the proposal for bail, they remind that the panel of the High Court rejected the previous guarantee of 1,640,300 euros, concluding that the value “does not have a sufficiently discouraging effect on the defendant to remain available to the court and that the possible loss of bail would not significantly affect the business of legal entities that are guarantors”.

“Without the intention and desire to engage in a discussion about the fact whether a company in Montenegrin society can indifferently bear a loss of 1.5 million, we have decided to offer the court a guarantee that certainly cannot remain without a reaction. In this sense, with this submission , in the name of the guarantee, in addition to the amount that was placed in the earlier proposal, we add a mortgage on real estate in Podgorica, property of ‘GUFO’ d. o. o., in the amount of 4,645,000 euros, which together with the already offered guarantee of 1,640,300 EUR is EUR 6,285,300,” reads the proposal signed by lawyers Borivoje Đukanović and Nikola Martinović.

They also wrote that they expect the court to carefully consider that bail amount.

“And to inform the defense and the entire public what the legal standard of proportionality is when determining whether bail is acceptable,” they add.

During the last week, the extra-judicial panel of the High Court in Podgorica accepted the appeal of the Special State Prosecutor’s Office against the judge’s decision which had previously accepted bail for Lazović.

At the beginning of October, Lazović’s defense attorney proposed to the High Court that the secret service agent be released from prison, with a bail of 1.2 million euros, of which three properties with a value of 1,139,289 euros and 100,000 euros in cash. This was offered as a guarantee that he would not run away during further criminal proceedings.

Bail was initially refused at the end of October, but the defense appealed against the decision of the High Court, and in that appeal they supplemented the list of real estates – they offered to register mortgages on the real estate of two legal entities, with an estimated total value of 1,540,000 euros and 100,000 euros in cash. which are of his father Zoran Lazović.

After the judge accepted the bail, SDT appealed against her decision, and after the decision of the extrajudicial panel, the younger Lazović remained in custody.

Lazović was arrested on July 18 by order of the Montenegrin Special State Prosecutor’s Office. It is suspected that he committed the criminal offense of creating a criminal organization, but also that as a member of the organized criminal group “Kavači” he participated in the international smuggling of cocaine, as well as that he gave official secrets to the leader of that clan, Radoj Zviter.