New details from the bus event with Kosovars in Montenegro 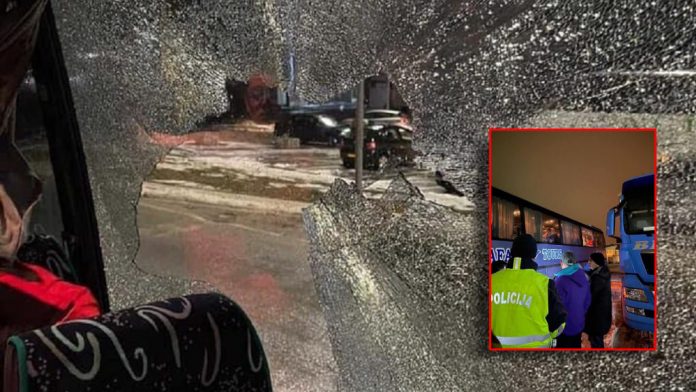 The bus with Kosovar tourists-skiers was hit with stones in Berane to go skiing on the trails of Kolashinin, Montenegro.

The news was announced by Semir Kardovic, a consultant at a Tourist Agency in Rozaje, through a Facebook post.

Kardovic said that today’s event reminds him of the 90s, while he announced that the Montenegrin police were only 200 meters away from the scene.

He said that it is not the first time that buses with Kosovar tourists going there for skiing have been attacked.

“The biggest absurdity in this whole story is that the police patrol in Berane was only 200 meters away from the scene.

And when the organizers of the trip went to present the case, they told them that we can continue on the road because nothing can help them “, wrote Kardovic, asking if this was the wish of the Montenegrins for the 13th anniversary of Kosovo’s Independence. / indekonline The Bayern Munich footballer is infected with COVID-19 – Latest News

PERUAN STRAWBERRY HAS ARRIVED IN SERBIA! There’s a particular place in Jelena’s backyard, she has GREAT PLANS for her / PHOTO /