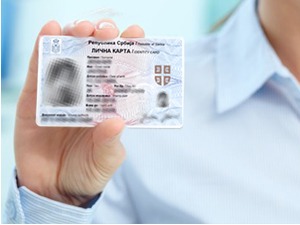 Valentina Vulić, head of the department for administrative affairs of the Ministry of the Interior of Serbia, said yes ID card without a chip, as before, must be replaced if important data such as the address change.

Until now, according to the existing law, the data on the address of residence has not been kept as “important”.

“With this, we condition that all the data in the ID card correspond to the factual situation. It happened that the citizen did not change the address and used the ID card in legal transactions,” Vulić pointed out as a guest in the RTS daily.

When it comes to ID cards with a chip, they do not have to be changed and will remain valid until the date specified in the ID card.

If important data changes, for example residence, they will be changed through the chip, as before.

Report the disappearance of the ID card

One of the novelties in the law on ID cards is declaring ID cards invalid if they have disappeared.

Until now, the declaration of invalid ID cards was published in the Official Gazette, while, according to the new rules, it will be done on the website of the Ministry of Internal Affairs.

“The parties will still be obliged to report the disappearance, the change will be such that there will be a smaller amount when reporting the disappearance. They will pay a fee for making a decision, but they will not bear the cost of advertising in the Official Gazette, that was 800 dinars so far.” the head of the department for administrative affairs of the Ministry of the Interior of Serbia pointed out.

Also, one of the novelties that will be enabled by the amendments to the law is the entry of electronic certificates in the ID card, for electronic identification and electronic signature.

With this certificate, citizens will be able to submit requests to the Ministry of the Interior from home.

“It will be proof of the high reliability of identity proof. For example, a driver’s license can still be applied for without going to the counter, but it is not used by a large number of citizens, probably because they are used to going to the counter. We will try to we are introducing distance in new procedures as well “, emphasizes Valentina Vulić.

The head of the department for administrative affairs of the Ministry of the Interior of Serbia said that the travel document can be issued urgently if there is evidence that it is necessary – urgent treatment, urgent business trip. The emergency deadline is 48 hours.

Also, according to her, those who do not have proof can get a new passport in an urgent period, with an additional payment of 5,000 dinars for urgent issuance.

In the regular procedure, citizens pay 3,600 dinars for the issuance of a new passport.

He states that currently the volume of work for issuing travel documents has increased enormously, considering that there is information in the media about the opening of borders.

Vulić points out that the Ministry of the Interior manages to issue all travel documents within seven to ten days.

“It is possible to make an appointment through e-government, 30 days in advance, but every party that comes in person will do the job. We have extended the working hours so that as many citizens as possible can submit a request,” said the head of the administrative department of the Serbian Interior Ministry.