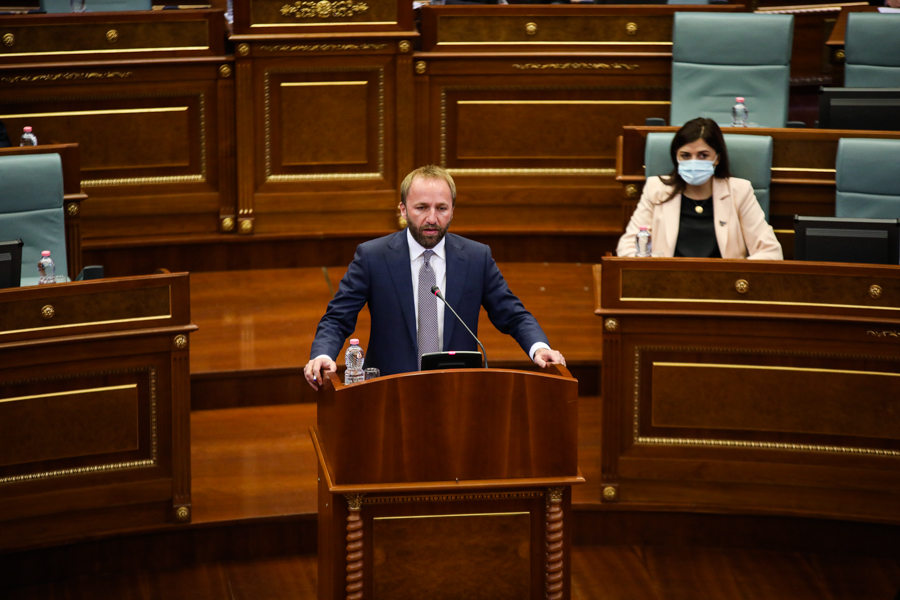 Once again, the Democratic Party of Kosovo (PDK) asked the Prime Minister of Kosovo, Albin Kurti, who are the war criminals in Kosovo and who should leave the institutions of Kosovo.

The head of the PDK parliamentary group, Abelard Tahiri, in the session of the Assembly of Kosovo asked Kurti why he did not have the courage to tell Ana Bernabic that Serbia should be liberated from criminals and those criminals should be brought to justice for the crimes. in Bosnia and Kosovo.

“Why did not you have the courage, Mr. Prime Minister, to address Ms. Bernabic and ask her that the Republic of Serbia should be freed from criminals and those criminals should be brought to justice for committing crimes in Bosnia and Kosovo. however, you expanded the map and in the framework of these crimes, the Republic of Kosovo and Macedonia are also placed. Since you are reluctant to answer, I am again asking you, who are the war criminals in the Republic of Kosovo who should leave the institutions. Why did not he have the courage to ask for such a thing from Serbia, but put Kosovo under such a map. We know the genocide committed by Serbia and the Milosevic regime, of which the Serbian president was a part, which you do not have the courage to say, but in this case you are introducing our country, as well as the soldiers of the Kosovo Liberation Army, veterans part of this map who have committed crimes. Tell Vucic and Serbia to come out, so do not be afraid of them. “How much worse it is that you are at the beginning of the dialogue process and you have reduced the bargain so much and made it so bad for us as a state that it is unimaginable that such a position will come from the Prime Minister of Kosovo”, he said.

Tahiri says Kosovo should not become part of harmful agreements, such as the Balkan mini-Schengen.

“We must not become part of agreements that harm our international subjectivity, harm our international agenda. Why are you entering into such a process that will harm us in the future. You forgot the Albanian mini-Schengen and entered a very dangerous process since the Balkan mini-Schengen. Why are you coming out of the principles and obligations you took on during the election campaign. “Why are you entering such a harmful and unfavorable pot for Kosovo, not only in the political aspect but also in the economic one”, he emphasized.