On Saturday, the barricades are removed and the Special Unit leaves, these are the details of the Kosovo-Serbia agreement on license plates 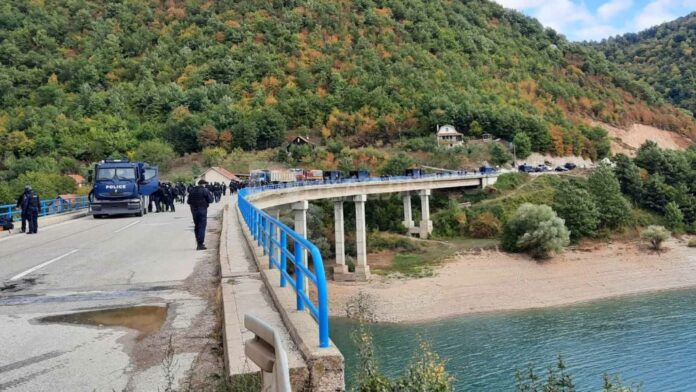 Kosovo and Serbia have reached an agreement in Brussels on reciprocity for license plates.

This was announced by the EU Special Representative for the Kosovo-Serbia dialogue, Miroslav Lajcak.

Lajcak said the agreement was reached after two days of intense discussions between the two sides.

The agreement is expected to enter into force on Saturday 2 October 2021.

Under the agreement, Special Forces troops in the north will be replaced by KFOR troops.

The main points of this agreement are the following:

– On October 2, the Special Unit that is currently at the border crossings Jarinje and Brnjakë, will leave and at the same time the roadblocks will be removed, starting at 08:00, but not later than 16:00.

KFOR will be stationed in Jarinje and Brnjak, before the start of the synchronized withdrawal of Special Forces and barricades, and will stay there for approximately two weeks to provide a safe and secure environment, as well as to enable free movement.

– On October 4, at 08 o’clock in the morning, the temporary implementation of the poster system will begin, with which both Kosovo and Serbia will cover the state elements of each other’s license plates.

– A working group will be set up consisting of representatives of the EU, Belgrade and Pristina, led by the EU will be formed to find a final solution around the plates, based on EU standards and practices.

The first meeting of this group will be held on October 21, 2021 in Brussels.

Within six months of the first meeting, the working group will present the findings for the final solution to the highest level representatives in the Dialogue process. / Telegraphy /

Death in Dallas: One Family’s Experience in the Medicaid Gap