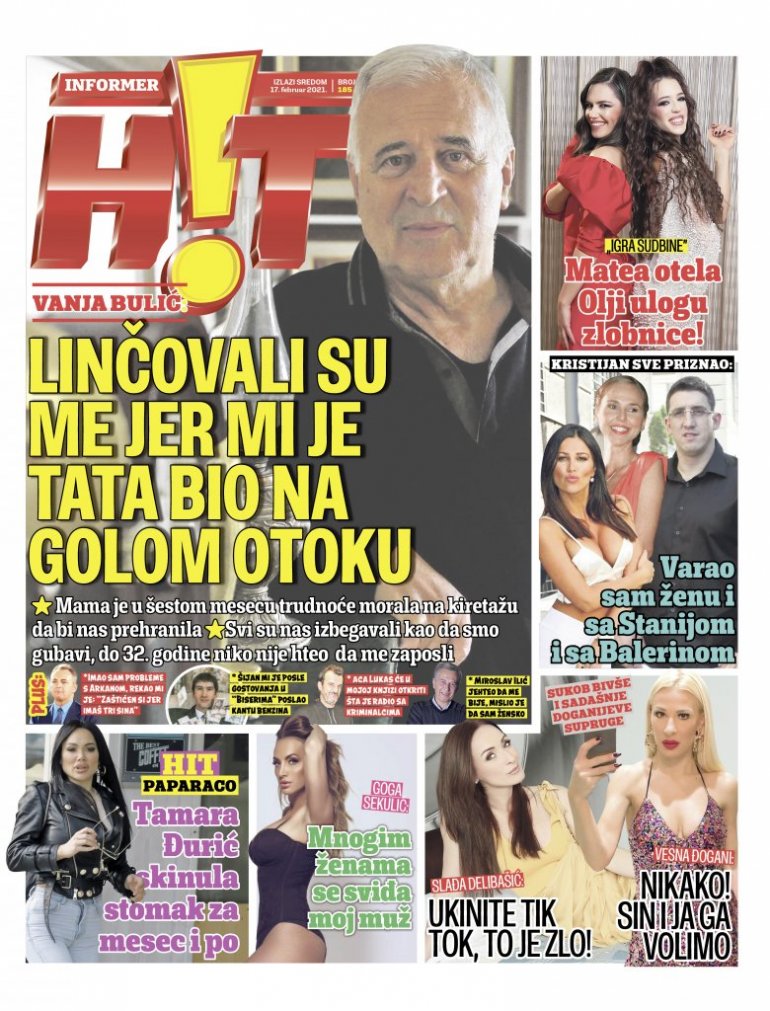 PARTIES AND COSTUME OF WINTER RESORTS WILL COST US TOO MUCH! The crown is wild, in 10 days the hospital will be full of us

* Minister of Health Zlatibor Lončar and director of the covid hospital in Batajnica Tanja Adžić Vukičević appeal to everyone not to play with their lives, neither their own nor those of their loved ones

* TV H1 panicked all day yesterday with the false news that ‘numerous citizens’ came, by invitation, to be vaccinated, but that there was no vaccine for them!?!

THE OPERATION HAS BEEN KEEPED IN TOP SECRET FOR MONTHS! A small group of policemen broke the clan!

Belivuk had a plan to escape to South Africa!

Mandic: The mob worked for Milo

EXCLUSIVE! INFORMER IN THE CRYPT OF THE TEMPLE OF SAINT SAVA!

A new patriarch is being elected here tomorrow

NOVAK BREAKS THE WELDER! The strongest when it’s hardest!

* Despite a serious injury, Djokovic managed to beat Zverev in the quarterfinals of the Australian Open * Now his way to the final is open, where Nadal is waiting for him

Ana Korać enters the ‘Cooperative’, she has the task of breaking up Karić and Miss!