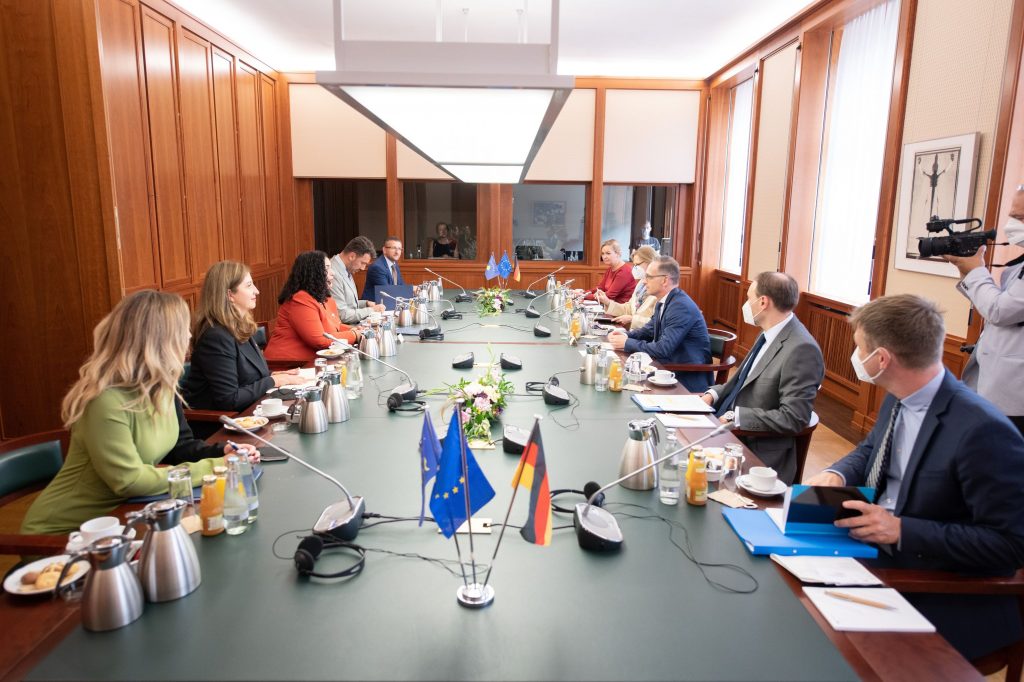 The President of the Republic of Kosovo, Vjosa Osmani, in the framework of her official visit, met with the Minister of Foreign Affairs of Germany, Heiko Maas.

As the presidency announces, the relations between the two countries, President Osmani assessed as excellent and said that Kosovo remains committed to their further deepening. She mentioned Kosovo’s intention to join several international organizations, so she asked for German support.

“The Republic of Kosovo remains committed to becoming part of the EU, the UN, but also of many international organizations. “I hope that Germany will consider the leading role in our support to achieve this goal,” said President Osmani in a meeting with Minister Maas.

The dialogue process with Serbia was also discussed at the meeting. In this meeting, President Osmani emphasized that the final result of the negotiations should be mutual recognition and preservation of the current constitutional order in Kosovo, as well as the current borders. According to her, Kosovo is a constructive party in this process.

In this context, he stressed that Kosovo’s perspective is in the EU and that the Berlin Process is a strong impetus for the European perspective of the Western Balkans, excluding any other idea that aims to be parallel to EU enlargement and this process.

President Osmani in a meeting with Minister Mass emphasized that he welcomes the speedy conclusion of the bilateral agreement on the recognition of Kosovo driver’s licenses.

Meanwhile, in terms of economic cooperation, President Osmani mentioned the agreement on the transport of goods, the abolition of double taxation between the two countries, as well as the organization of a joint investment forum.