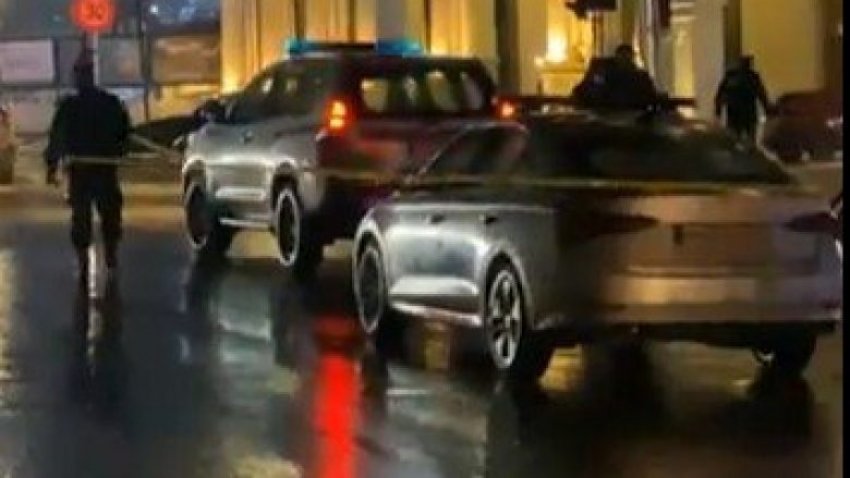 A passer-by and another person were injured on Wednesday night around 22:00 on street “B”, in Pristina.

Kosovo Police through a press release have reported that the police responded to the case after they were at a checkpoint near the scene.

According to the police report, after the police intervention, despite giving verbal orders, one of the suspects did not respect the orders of the police officers and continuously shot with firearms in different directions and injured a passer-by.

Last night around 22:00 we received information about a gunshot in the street “B” in Pristina. The case was responded to by the police unit located at a checkpoint near the scene. “After the police intervention, despite giving verbal orders, one of the suspects did not respect the orders of police officers and continuously shot with firearms in different directions and injured a bystander,” the statement said.

Meanwhile, according to the announcement, the police was forced to use a firearm, in which case the suspect was injured.

“Taking into account the fact that the suspect’s actions posed a direct and potentially dangerous threat to citizens and police officers themselves, the police were necessarily forced to use firearms in order to neutralize such dangerous actions of the suspect. as well as to bring the same under control, in which case the suspect was injured. The weapon used in the case was also seized from the suspect “, it is further stated in the notification.

The injured persons, according to the notification, have received the necessary medical treatment and are in stable health condition.

“The suspect, R. R, male, 29 years old, citizen of the Republic of Kosovo, has been imposed a detention measure while investigators are taking all necessary police actions about this case. The Police Structures of the Regional Directorate of Prishtina, in the framework of the activity for fulfilling the mission of guaranteeing public order and security, will be continuously engaged in preventing and cracking down on criminal activities as well as bringing to justice persons implicated in criminal activities. , it is said, among other things, in the notification of the Kosovo Police.

What will be the name of Meghan and Harry’s second child?