Police in Serbia Broke Up a Criminal Group for Trafficking Migrants through Bulgaria – Novinite.com 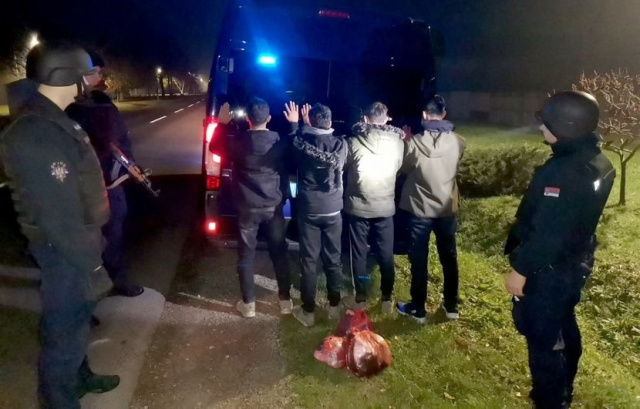 In a large-scale police operation in Serbia, 9 members of an organized criminal group for the trafficking of illegal migrants across the border with Bulgaria were detained, the Serbian “Telegraf” reported.

During an operation by the Working Group of the Serbian Ministry of the Interior and the Prosecutor’s Office, it was established that for a fee of 300 to 1000 euros per person, they helped migrants to illegally cross the state border with Bulgaria, to transfer through Serbia , with the intention of being transported to the EU.

“Members of the working group of the Ministry of the Interior dealing with the problems of illegal migration, in cooperation with the police department of the city of Vranje in southern Serbia, the Prosecutor’s Office for Organized Crime and the High Prosecutor’s Office in Vranje, on the territory of Vranje, Preševo ​​and Surdulica detained 9 members of an organized criminal group due to the presence of grounds for suspicion that they committed the crime of ‘illegal crossing of the state border and human trafficking'”, is said in the official statement.

A 34-year-old man is also wanted in connection with the case.

With the help of the criminal group, the illegal migrants illegally crossed the state border between the Republic of Serbia and the Republic of Bulgaria by transport to Preševo, and then to Belgrade, Subotica and Sombor, with the intention of further transport to countries of the European Union. It is suspected that in this way the members of the organized crime group from August to October 2022 facilitated the illegal crossing of the state border and the transportation of 90 illegal migrants, dividing the money thus obtained among themselves.

During searches of the apartments and other premises used by the suspects, 5 vehicles, 13 mobile phones, several SIM cards, as well as 23,010 euros, 82,300 dinars, 30 kunas and 220 dinars were seized.

The suspects have been detained for up to 48 hours and will be handed over to the competent prosecutor’s office.

Write to us at [email protected]

Information about it on Български – Novinite.bg