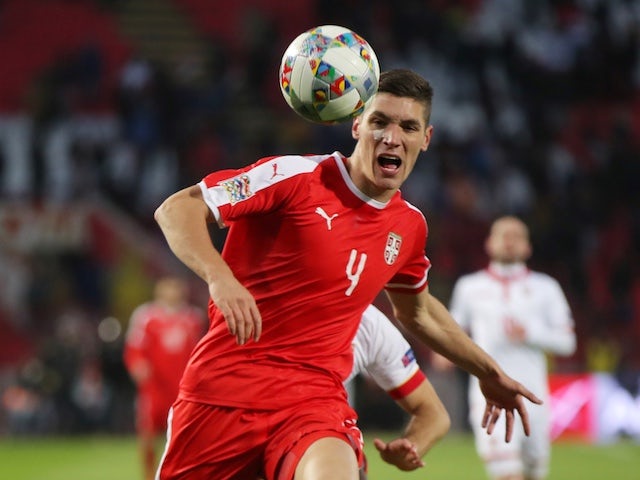 Serbia Welcome Turkey to Belgrade on Sunday with both nations started their 2020-21 UEFA Nations League Campaign with a defeat.

While Serbia suffered a 3-1 defeat in Russia, Turkey succumbed to a surprising 0-1 deficit at home against Hungary.

Despite a visit to Russia on matchday one Ljubisa Tumbakovic would have had confidence in his Serbian team, which would have recorded at least one point in Moscow.

However, he could only watch his players defeat rather tame and eventually lose 3-1, with all three goals conceded in the second half.

While qualifying for Euro 2020 is already secured, Tumbakovic will feel like he can hardly afford a bad performance in the Nations League if he wants to stay in his current role for at least another 10 months.

Serbia have not shown a convincing performance in any of their first seven responsible games and have increased the pressure ahead of a lively encounter at the weekend.

They are also entering the competition after conceding just one goal in 13 attempts that was played in a friendly against Paraguay.

Like their hosts, Turkey will want to react immediately to Hungary’s defeat.

Although their opponents only prevailed thanks to a thunder Dominik Szoboszlai Free kick, Senol GunesThe team still failed to score against opponents who came into play after five losses in six games.

The setback ended an unbeaten streak of six games in all competitions, and failure to beat Iceland or Hungary has been a distant memory of the previous 1-1 draw in France.

The Crescent Stars now need to get back on track as soon as possible, especially with a second straight setback that could potentially shut them out of the race for promotion to the Nations League.

After it was only used as a replacement on Thursday evening, Alexander Kolarov could be called back to the Serbian starting line-up.

Adam Ljajic and Luka Jovic are also in dispute over a recall as Tumbakovic is considering several changes.

Despite withdrawing against Russia in the middle of the second half Sergej Milinkovic-Savic should stay in the first XI.

While Gunes will consider changes to his Turkish side, he may not be making as many as his counterpart.

Yusuf Yazici and Irfan Can Kahveci could both be favored by the opening whistle after being used as replacements against Hungary.

After the disappointment on Thursday evening, both sides know that they can hardly afford another defeat. Despite the possibility of both teams settling for a point in the event of an opportunity, we expect Serbia to end strong for maximum return.

Our experienced betting partners at Sporita.com predict less than 2.5 goals in this game. Click here to find out what else they are predicting for this game and for more proven soccer tips.Under 2.5: –
ID: 412827: cQx

“We became moms to look like you”, this is Antonella’s close family