Reciprocity for license plates finds Kosovars unprepared, says one who was convicted in Prizren 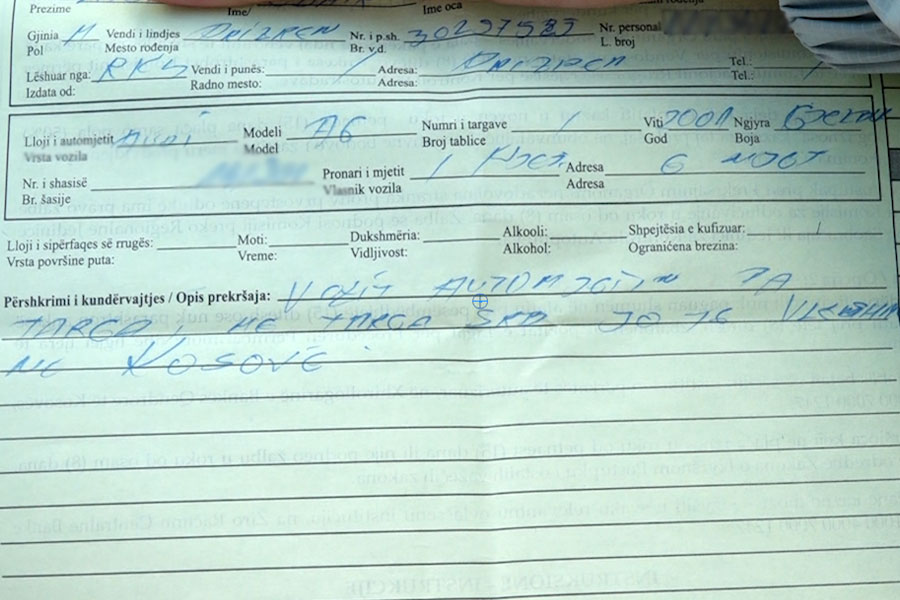 A citizen from Prizren (name known to the editorial office) was convicted this morning by the Kosovo police because of Serbian license plates, which he says he keeps because he often travels for business.

The same states for KosovaPress that he informed the police that he was not aware of the measure of reciprocity in the license plates, but that it was not taken into account by them.

The fine of 60 euros, which was imposed today due to Serbian license plates, is a burden for him because he says that if he had a prior notice he would travel to Istanbul on Sunday, where he says he has left.

“The police gave me a fine of 60 euros, but also instructed me not to place them anymore because he said that they do not know what is being done in such cases. He told me: “Do not put them back because I know what can be done, I can confiscate them completely”, he says.

By a decision of the Ministry of Internal Affairs, the Kosovo Police is not allowing any vehicle with Serbian license plates to enter the country.

Meanwhile, this morning, numerous police forces were sent to all border crossings. Police patrols were also seen on the streets of Kosovo who were checking the vehicles for the license plates they were holding.

We recall that Serbia has been forcing the citizens of Kosovo for several years to exchange license plates with temporary ones in order to be allowed entry.

MIA notification for citizens about crossing the border – Latest news