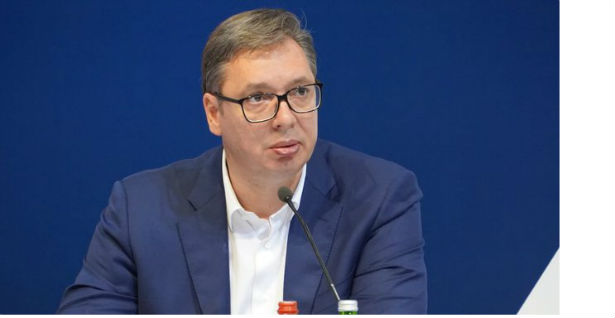 THE PRESIDENT OF SERBIA SENT CONDOLENCES TO PUTIN! Vučić: There is no explanation for this act of insanity, as well as words of consolation for the families of the victims!

An armed attacker broke into the campus of the University of Perm in the city of the same name in Russia, and according to some media reports, at least 8 people were killed and 6 were injured in the shooting. The President of Serbia sent a telegram of condolences to his Russian colleague Vladimir Putin.

I was extremely shocked by the news of the tragedy at the Perm State University, in which many lives were taken in a cruel and shameless way.

There is no explanation for this act of insanity, just as there are no words of consolation for the families of the victims, especially since the crime took place at the place where generations of young educated people grow up, representing the future of every country.

The citizens of Serbia share the pain with the people of the Russian Federation and the families of the victims, while we pray for the fastest and most successful recovery of the injured, it is stated in the telegram of condolences from the President of the Republic of Serbia, Aleksandar Vučić.

Reciprocity for license plates finds Kosovars unprepared, says one who was convicted in Prizren