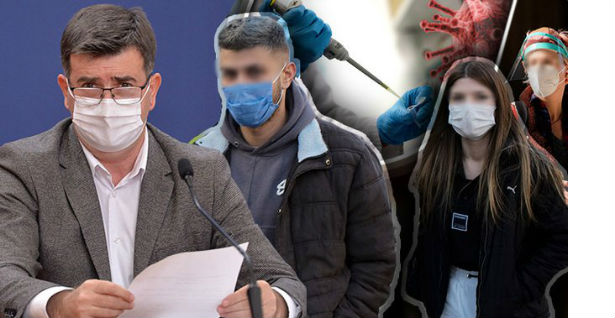 State Secretary of the Ministry of Health Mirsad Đerlek said that a session of the Crisis Staff is expected to be held this week, and a decision on kovid passes will be on the table.

Minister Đerlek says for the media that there are “passes on the table”, that this is being discussed and that a final decision is awaited.

– The final decision is not the approval of the Crisis Staff, but the best model is chosen, which will include kovid passes, whether only those three things – bars, cafes and nightclubs or something else. The point is to choose what will best influence the establishment of control over the epidemic – Djerlek pointed out.

He stated that Serbia is following Europe when it comes to that, emphasizing that Serbia is an independent democratic country, which makes its decisions.

– We will take only what is high quality and in accordance with our Constitution. I hope that we will bring the best solution that will be of the highest quality for our citizens, – the State Secretary of the Ministry of Health pointed out.

– We currently have about 3,035,000 given first doses, as for the third about 502,000, which means that we still have a shift, it is far from what we want and collective immunity, but it is important that we move forward and not stagnate and it will be useful. We will have to continue to fight because we cannot wait for the winter, and that is what the profession is most afraid of – that there will be no collision of covids and flu, – Djerlek notes.

According to him, the least vaccinated are still in Tutin, Novi Pazar, Lajkovac and other smaller communities in Serbia.

The number of able-bodied vaccinated is also increasing, but even that is insufficient. Everything that has been happening in recent days, five young people who died in Batajnica, a pregnant woman in Nis, I think these are enough reasons to understand that the delta strain proves cruelty and that we should make the decision on the vaccine ourselves and not allow delta to it easily takes lives – stated Đerlek.

He points out that two elements decide on saving lives – going to the hospital and getting on a respirator.