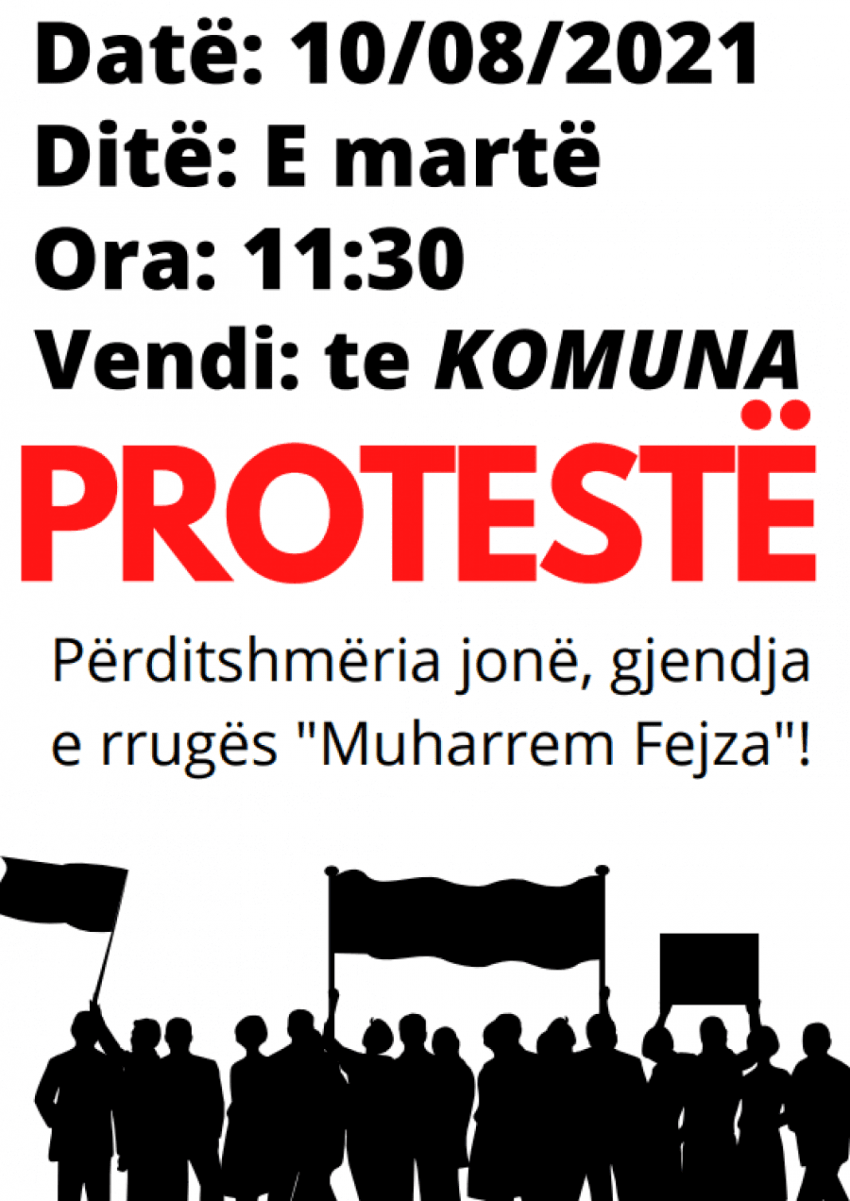 Residents of the neighborhood “Muharrem Fejza” street with connecting roads, will protest again, this time in front of the building of the Municipality of Prishtina.

Dren Shahini, organizer of the protest has announced through an announcement that the protest will take place on Tuesday, starting at 11:30.

Also, during the protest, it will be announced about the petition which, as it is said, will precede the lawsuit from the residents of the neighborhood for the Municipality of Prishtina.

We, the residents of “Muharrem Fejza” street with connecting roads, on 10/08/2021, on Tuesday, at 11:30 to 12:00, in the yard of the old building of the Municipality of Prishtina, will PROTEST for our daily life, the condition of the road, ie the road works. Even after the protest two weeks ago, we did not see any acceleration of the works. Also, in the protest, we will inform you about the petition which will precede the LAWSUIT from us, the residents for the Municipality of Prishtina! ”, It is said in the announcement.

Residents of this part of the neighborhood “Mati 1” have complained that since the works began on the street “Muharrem Fejza” at the end of April, the daily life of citizens has become heavier.

“We do not have safe spaces for walking as pedestrians, people with special needs have been closed for months now. Parents with young children have nowhere to go in wheelchairs. The sick and the elderly are in distress. Emergency services find it impossible to access the neighborhood. Alternative roads are lacking and the few roads used to enter and exit the neighborhood are not maintained. Thus every day cars are damaged by potholes and open wells that are a danger from every angle. “With the recent rains, many houses and ground floors of buildings have been completely flooded”, the announcement continues.