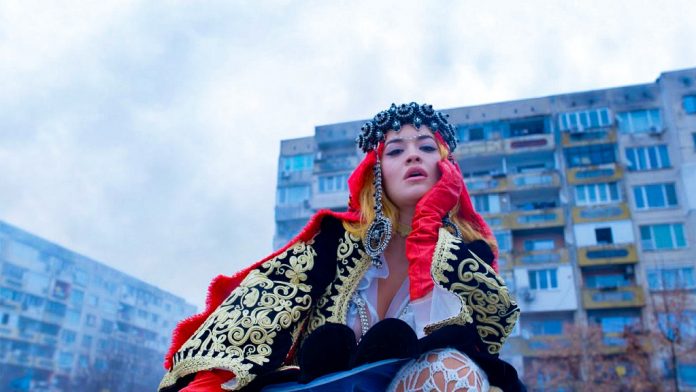 She also brought the clip of the most successful song of this album, “ig” in collaboration with David Guettan and Imanbek. The special feature of the clip which lies in the fact that it is a mini-film shot in the brutal objects of Bulgaria, where Rita Ora appears in a special performance in Albanian national costume, made by Valdrin Sahiti.

Rita herself has expressed in one of the last interviews that she was very happy to include the cultural heritage in her latest clip. The song has started to be hugely popular worldwide and is currently ranked as the fifth most loved mini-album of the moment in the world.

Various music platforms such as Spotofy, Apple Music and iTunes have promoted Rita’s new song on the biggest ‘billboards’ of renowned cities. It was the sister of the Albanian singer, Elena Ora, who in some photos published on InstaStory, showed the moment when Rita’s special performance in national costume appears on the giant screens of New York.

This has been a great promotion not only for the new music project of the artist from Kosovo, but also the promotion of traditional Albanian clothing. Manchester City star admits: I have watched many football stars, but Messi is my all-time favorite – Latest News